The Chairman of the Nigerians in Diaspora Commission, Hon. Abike Dabiri-Erewa, has said that the Federal Government has only the list of all Nigerians living in South Africa legally.
Dabiri-Erewa said this on her Twitter handle following the position of the Federal Government that Nigeria has had enough of the ill treatment of Nigerians in South Africa.
The position of the Government was stated on Monday by the Minister of Foreign Affairs, Godfrey Onyeama, on the latest xenophobia attack on Nigerians and other foreign nationals in South Africa.
A fellow Twitter user, @drewe20 had asked in reaction to the position of the Federal Government at @NigeriaGov, sent a tweet in which he copied Dabiri-Erewa: “Before you start promising you will do this or that, do you have the database of all Nigerians living in South Africa? That’s the first step.”
Dabiri-Erewa responded: “We do. Of Nigerians residing there legally.”
@NigeriaGov had earlier tweeted: “The continuing attacks on Nigerian nationals and businesses in South Africa are unacceptable. Enough is enough. Nigeria will take definitive measures to ensure safety and protection of her citizens.
“Last week Pres @MBuhari met with Pres @CyrilRamaphosa, on sidelines of #TICAD7, in Japan, to discuss this. Further discussions scheduled for October 2019, during Pres Buhari’s official visit to SA. In the meantime Nigeria will take further steps to ensure safety of citizens in SA.”

Tension in Osun as Lassa fever patient escapes from OAUTH 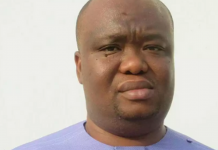 Afrinvest MD predicts when the naira will finally be devalued 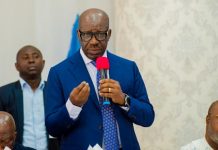