The Czech Republic is facing a ‘catastrophic’ Covid-19 outbreak and needs a ‘miracle’ to avoid new restrictions, its prime minister said last night with its infection rate now the highest of any major country in the world.

Andrej Babis said the current lockdown measures ‘are not working yet’ after the country’s coronavirus deaths doubled in the space of two weeks.

Like many countries which escaped lightly from the first wave, the Czech Republic is now seeing record numbers of fatalities, with average daily deaths rising from 14 at the start of October to 111 today – after a peak of just 10 in the spring.

Saturday saw a new record of 126 deaths along with 15,258 cases, and the current infection rate is the highest on the planet except for tiny Andorra.

In addition, the spread of the virus among doctors and medical workers is worsening the strain on Czech hospitals in the current state of emergency. 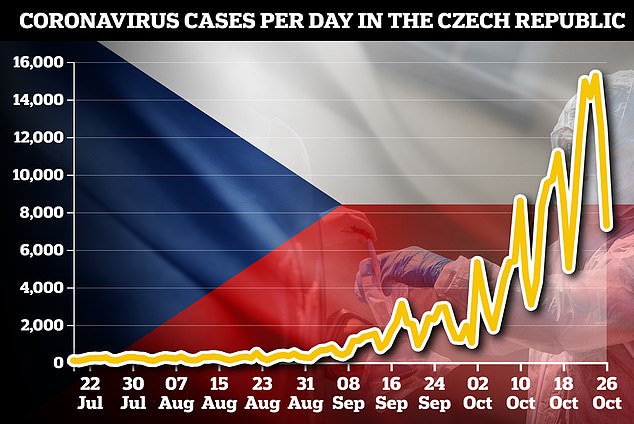 CZECH CASES: The infection rate in the Czech Republic is now the highest of any major country in the world, with an average of more than 12,000 cases per day in a country of 10.7million people 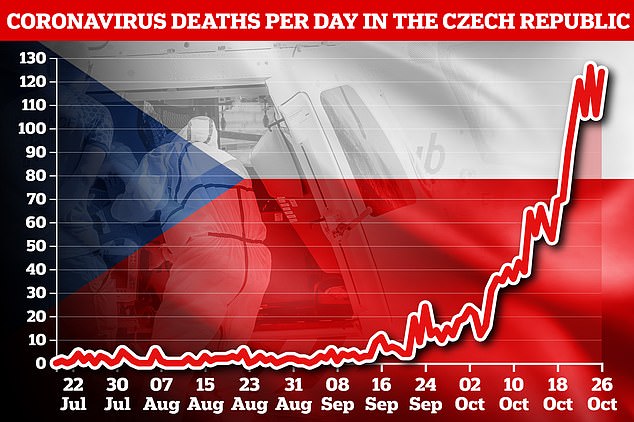 CZECH DEATHS: These have spiralled far above the levels seen in the spring, with the average daily toll now over 100 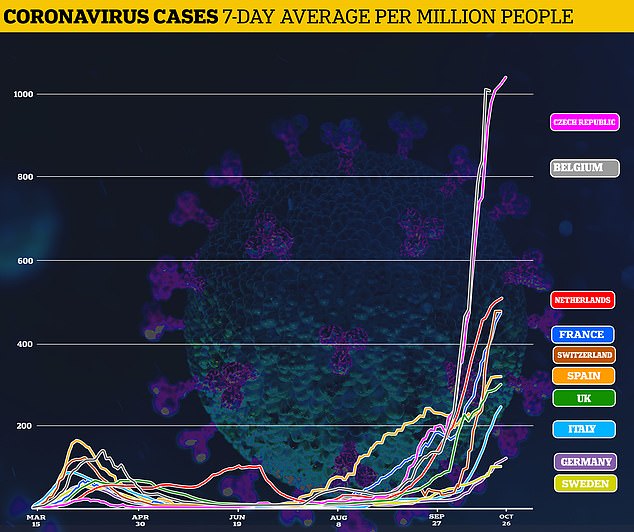 The Czech Republic’s infection rate is the highest in Europe and the world, except for tiny Andorra, far above hard-hit countries in Western Europe such as France and Spain

Under the Czech government’s current measures, shops and restaurants are closed while schools have gone back to distance learning.

Students have been sent home from universities except for those studying medicine or other healthcare-related subjects.

Restrictions on movement mean that people can only travel for certain reasons such as work, shopping or medical care – although they are allowed to go to a second home in the countryside if they have one.

Gatherings are limited to two people except for weddings and funerals which 10 people are allowed to attend.

While the new measures are already almost identical to those imposed in the spring, Babis warned last night that they might have to get even tougher.

‘The measures which we have taken aren’t working yet,’ Babis said in a video message, saying that the current figures were ‘catastrophic’.

‘The next week will be the key one, and unless a miracle happens, we won’t have any other choice than to tighten our measures further,’ he said.

Babis pointed to excessive crowds of people at a Prague market on Saturday, while Czech media says people also travelled across the border to Poland to go shopping.

While hotels have been closed and tourism to the Czech Republic is now officially banned, border controls have not been re-introduced.

Acknowledging that support for lockdowns was lower than in the spring, the PM said that ‘the opinion of our citizens has changed fundamentally’ since the early lockdown in March.

Babis said that he wanted Christmas to be celebrated as normal, but he could not promise anything for now.

‘I don’t know what will happen with the virus. I don’t know,’ he said. 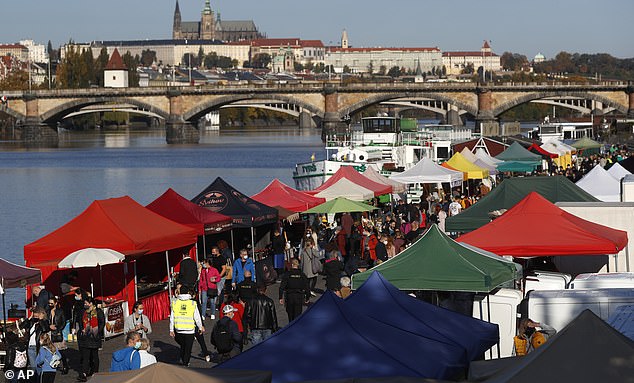 Czech hospitals are currently treating 5,345 people for Covid-19, an all-time high and a figure which has more than doubled from 2,503 two weeks ago.

By contrast, during the first wave there were never more than 422 coronavirus patients in hospital on a single day.

The number of intensive care patients is also higher than ever, with 800 people currently in ICU wards compared to a spring peak of 100.

To make matters worse, more than 5,000 doctors and nurses are currently out of action because they are infected with Covid-19, according to Radio Prague.

The surge in hospital admissions is matched by a rise in deaths, with the total death toll doubling from 1,051 on October 13 to 2,201 as of Monday morning.

The regular hundred-plus daily deaths are a sharp contrast with the spring, when only 319 people died up to the end of May.

Babis has previously warned that hospitals would be overwhelmed by November 11 if the epidemic is not brought under control.

His government is seeking help from NATO and European allies, with 28 medical staff set to arrive from the US National Guard to help Czech hospitals.

Prague received the first shipment of ventilators organised by the European Commission on Saturday, when 30 machines arrived, with another 120 on the way.

Czech authorities were also in talks with Germany to provide up to 100 medical staff to help its harder-hit neighbour. 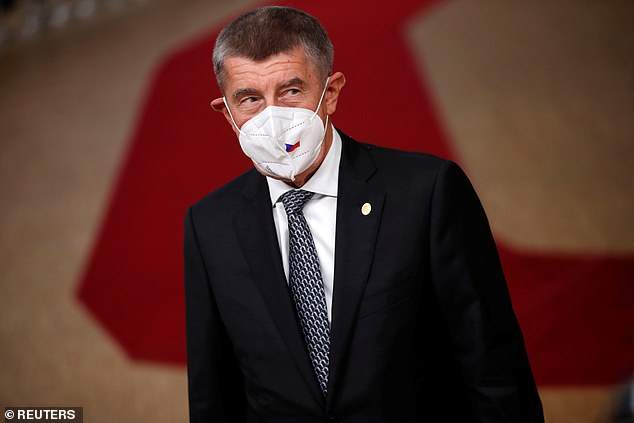 After only 12,000 cases to the end of June, Czech officials are now recording that many every day, along with more than 100 daily deaths.

The current infection rate is 1,093 cases per million people a day, the highest in the world after Andorra which is seeing 94 cases per day in a country of 77,000 people.

Babis’s government has been criticised for easing restrictions too quickly in the summer and then bringing them back too slowly in the autumn.

Like much of Eastern Europe, the Czech Republic closed down at an early stage in the spring – beginning border closures when it had just 96 cases and no deaths.

But Babis’s government was reluctant to take such decisive action when cases began to pile up a second time.

In September, Babis overruled his then-health minister Adam Vojtech after he said that face coverings would be needed in school corridors.

Babis told lawmakers during a debate in parliament that month to ‘stop dealing with coronavirus all the time’.

Last week, Babis apologised for bringing back tough restrictions after previously promising that they would not return.

‘I apologise even for the fact that I ruled out this option in the past because I was not able to imagine it might happen,’ he said.

‘Unfortunately, it has happened and now, above all, we have to protect the lives of our citizens.’

There was further embarrassment last week when it emerged that the new health minister, epidemiologist Roman Prymula, had left a restaurant late at night that should have been closed under his own restrictions. 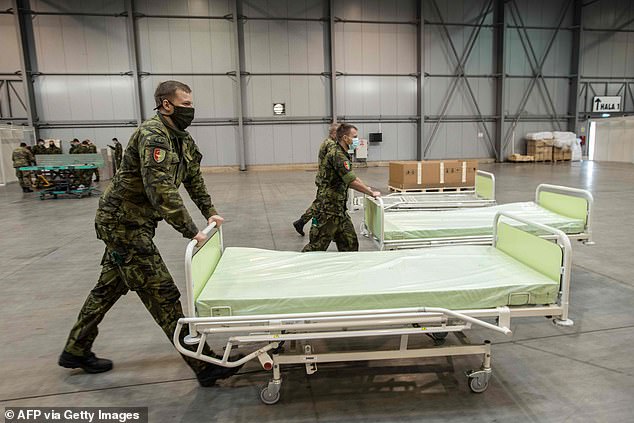 Czech soldiers set up a new field hospital in Prague last week, with more than 5,000 patients currently being treated in coronavirus wards compared to a peak of only 422 in the spring

‘When our medical staff are fighting on the front line to save lives of our fellow citizens, such a thing is absolutely inexcusable,’ Babis told reporters.

But Prymula refused to step down, insisting the meeting had taken place in premises adjacent to the restaurant and that he only breached the mask duty for a split second.

Babis met the Czech president on Friday to discuss Prymula’s expected sacking, although this has not yet taken place.

Prymula was appointed only a month ago as a ‘crisis manager’ to lead the country’s response to the pandemic as new infections began to rise.

He had recently appealed to Czechs: ‘I’d like to call on all of you to stay, if possible, at home.’

The Czech crisis has been echoed in much of Eastern Europe, although not quite as severely, after governments were similarly slower to shut down the country in the autumn.

In Poland, the government is trying to avoid a second lockdown by telling over-70s to stay at home and offering them support with shopping and medical supplies.

The entire country was declared a ‘red zone’ on Friday, with some schools and restaurants shut down again.

More than 250 people were arrested in protests against the new curbs on Saturday which saw crowds throw bottles and firecrackers at police.

The country suffered a further blow on Saturday when the country’s president Andrzej Duda tested positive for Covid-19.

Duda, who said he had no symptoms and felt at ‘full strength’, is the latest leader after Donald Trump, Boris Johnson and others to contract the disease.

Elsewhere, Hungary saw more than 3,000 cases in a day for the first time on Sunday, but no new restrictions are planned.

Hungarian schools are operating as normal, and apart from closing borders to foreigners, the government has not imposed significant curbs on events. 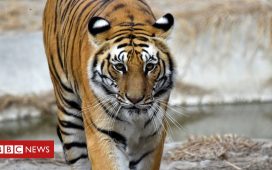 Houston suspect arrested as pet tiger remains on the loose 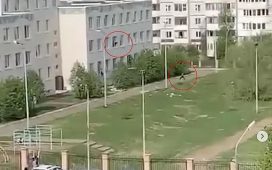