It is extremely concerning, but unfortunately not surprising, that so many girls are self-harming (Report, 29 August). This adds to a growing body of evidence of a mental health crisis among young women and girls, with depression as well as post-traumatic stress disorder (PTSD) at alarming rates. Body image, pressures at school and gender stereotypes are rightly cited as possible explanations, but they are not the full story.

The sexualisation of girls, the pressures they face around sex, and particularly the alarming levels of sexual and other forms of violence they experience, must be a key part of the conversation. If we continue to bury our heads in the sand on this issue, self-harm figures will continue to rise.

It is vital we see investment in mental health support that takes into account girls’ needs and experiences in both schools and the community to ensure they get the support they need. But we also need to see efforts to tackle the culture that normalises violence and abuse against girls.
Jessica Southgate
Policy manager, Agenda, the alliance for women and girls at risk

• There is mounting evidence of misery among young people, including neglected teenagers, the homeless, those in custody, those with mental health, drug and alcohol problems who cannot access services, and those living in poor families. And there are those young people denied access to local residential mental health units and those who self-harm. As your editorial (30 August) suggests, this has something to do with the nature of adolescence, the pressures of exams, the impact of social media, especially on girls, uncertain futures and a lack of services due to draconian cuts. But the plight of these groups of vulnerable teenagers raises wider questions about the emotional, material and political status of all young people in families, schools, communities and society.

It seems their voices are only heard at crisis point, rather than being included, as a matter of course, in those societal institutions that shape their everyday lives – something sadly lacking in current political discourse.
Prof Mike Stein
University of York

• You publish an article about the problems of unrealistic self-image for young girls; and on the same day – in G2 – photographs of uncommonly slim and pretty girls modelling clothes. The Guardian and all other newspapers that purport to be concerned about this could simply boycott such images and use, instead, photographs of normal young women.
Michael Heaton
Warminster, Wiltshire

• Do you have a photo you’d like to share with Guardian readers? Click here to upload it and we’ll publish the best submissions in the letters spread of our print edition 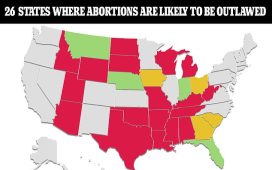