Thiago Silva has urged his Chelsea teammates not to dwell on the past after they suffered a disappointing 3-2 Premier League defeat to West Ham on Saturday.

A Silva header and a stunning Mason Mount volley either side of a penalty from Manuel Lanzini looked to put Thomas Tuchel’s side in control of the match.

But second-half goals from Jarrod Bowen and an Arthur Masuaku cross-come-shot, gave the Hammers all three points and in turn meant that Chelsea suffered just their second top flight defeat so far this season.

The result saw the Blues, who started the day at the top of the Premier League table, drop to third after Manchester City and Liverpool both picked up victories.

But veteran defender Silva admitted that he thought a draw would have been a fairer result, while also urging his teammates not to feel sorry for themselves heading into their games against Zenit St Petersburg on Wednesday and Leeds United on Saturday.

‘Normally it would have been a draw,’ Silva said.

‘It’s not like West Ham created lots of opportunities, we gave them two goals. We have to take more care because that’s two or three matches now where we have given the opposition a goal.

‘But we played okay, we kept the ball well and tried to control the match. The first and third goals were a bit unlikely, a bit difficult to explain. I don’t think the third was a shot, he was trying to cross the ball and it went in the goal.

‘It’s the first time this season we have conceded three goals in the same match.

‘We played much better than we did in the game before [at Watford], but a team on our level can’t allow them to win a match like that, one we had under control. It’s difficult to take this defeat but we must keep our heads up.

‘It’s not only physically difficult this league, it’s mentally difficult. There are a lot of matches at the moment, a lot of injuries, not just for Chelsea, and it’s the most intense league in Europe.

‘You have to make changes, and you can pay a little bit for that, but it’s not an individual sport, it’s a collective one. We must keep our head up and get ready for the next match that’s coming, because we can’t change what’s happened, but we can change the future.’


MORE : Thomas Tuchel has ‘no idea’ when N’Golo Kante will be fit again as Chelsea injuries continue to mount 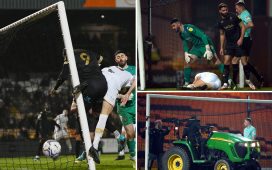 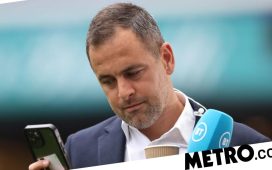 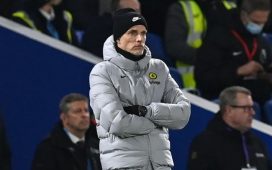 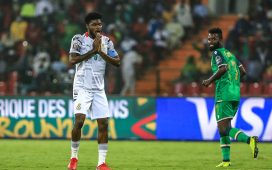 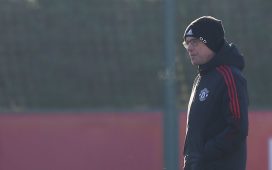 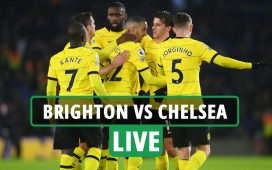