NEWSCABAL
NEWSCABAL > football > ‘We have to tame the lions’: Italy’s papers call on team to beat England in final
football

‘We have to tame the lions’: Italy’s papers call on team to beat England in final

Italy has vowed to “tame the lions” in Sunday’s Euros final while mocking England’s semi-final win against Denmark.

“To say that the penalty was doubtful is an understatement,” said Il Giornale, the Berlusconi family newspaper.

“Two balls and a gift – this is what Southgate rejoices over,” mocked Corriere dello Sport, referring to the fact there were two footballs on the pitch just before the controversial spot kick was awarded.

New Roma coach Jose Mourinho said: “England deserved to win and were fantastic, but for me it was never a penalty… I am happy for England but as a football man I am disappointed with the decision.”

While La Repubblica’s correspondent in London alluded to Italy’s historic reputation for defensive play – and perhaps dives – acknowledging that “this team plays Italian”.

Multiple media outlets remarked on the big moment for England reaching the final “for the first time in history” with Gareth Southgate “breaking the curse” of his missed penalty in the 1996 tournament.

The Italian team are facing “a golden generation” La Repubblica said, the veterans from the 2018 World Cup and the stars of the future forming “an indestructible team endowed with merciless serenity”.

“It’s the stuff of fairytales for England,” said Il Giornale. “It is our job to turn the fairytale into their nightmare.”

“We have to tame the lions,” said La Gazzetta dello Sport.

The match will be played on an auspicious date for Italy, some media reminded fans, with the Azzurri ready to repeat the famous World Cup win over Germany on 11 July, 1982, in Spain.

Italian fans would have preferred the Azzurri face Denmark, a potentially easier adversary, in the final and memes about supporting Denmark against England filled social media on Wednesday night.

There was some anxiety about playing at Wembley, in front of 60,000 England fans, potentially “a valley of hell” said one newspaper, which could influence referee decision making, and create the conditions for a new Covid outbreak.

One thousand Italian fans are travelling for the event, but are allowed to stay in the country for only 12 hours

One of the main bones of contention will be over the Seven Nation Army chant, Italy’s national team chant since 2006, but now adopted by sports fans worldwide, including England football fans.

In the end, given the half a million Italians living in the UK, “both teams are playing at home”, said La Repubblica. 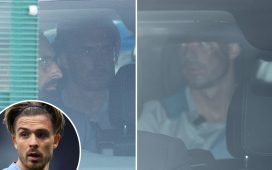 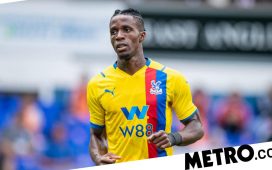 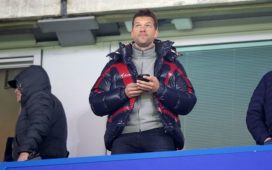 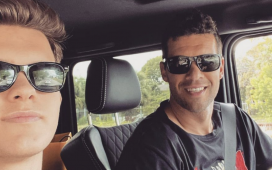