NewsCabal
NEWSCABAL > lifestyle > Ways of seeding: the designer changing the way we look at gardening
lifestyle


Overseeing the gardens of a city museum is a somewhat atypical post in the gardening world, but a fantastic one (as head gardener at London’s Garden Museum, I should know). Horticulture is combined with history, education and storytelling, which inform plant choices, design and presentation. Errol Fernandes, head of horticulture at south London’s Horniman Museum and Gardens, which houses the collection of the 19th-century tea trader Frederick John Horniman – says conversations with visitors regularly stray beyond gardening into the realms of art, collections and curation.

Fernandes, who took on the role last spring, oversees 16½ acres of tropical, medicinal and rockery plantings, mature trees and large areas of parkland grass. He draws inspiration not only from his horticultural studies and experience, but a background in art and curation (he initially studied fine art, painting and photography). A painter’s eye, therefore, informs his approach to planting and garden maintenance.

We meet on a gloriously bright, late-autumn morning in the museum’s award-winning Grasslands Garden, designed by plantsman – and Olympic Park landscape designer – James Hitchmough to reflect North American and South African native prairies. Fernandes is busy editing the garden in preparation for winter. Traditionally, perennials are cut back entirely to ground level in autumn, or in early spring ahead of new shoots. However, Fernandes argues that, with considered editing, these gardens can be enjoyed throughout the winter.

“Though we keep as much in place for wildlife as possible, we’re also cutting away bits that are letting down the picture,” he says, indicating a section recently worked on: an array of shimmering ornamental grasses and perennials that have lignified (grown woody), glowing gold, silver and maroon-pink. “In the past, these beds were left until February, but we’re recognising that there is a balance between naturalistic planting looking intended and looking unkempt. I think it’s really important to step back and observe.”

Describing his approach to composition, Fernandes uses terms more common in photography and painting: apical points, triangular repetition, aspiring towards a sense of balance. “We’re all very used to pointing our camera at things and I encourage my team to do the same – to imagine the viewfinder and assess what’s spoiling that image. Has a plant collapsed? Is there something there’s too much of? You want the plants to be able to jostle together but not outcompete each other, so close attention to what is happening on the ground is important, too.”

He sees the autumn into winter period as a time of adjustments, where he might chop back a plant “if it’s flopping too much” and let others die back gradually to prolong interest. “I think the contemporary horticulturist looks at structure and form in a different way. We are looking at seed heads, sepia tones. We often talk about how a plant dies – does it die gracefully? That’s really important here.”

In the Grassland Garden, tall seeding plumes of goldenrod (Solidago speciosa) and wild quinine (Parthenium integrifolium) contrast with the darker tones of echinacea and false indigo (Baptisia australis); the sharp outline of the tall sea holly (Eryngium yuccifolium) sits against feathery bluestem grass (Schizachyrium scoparium) – all perennials with fantastic winter attributes. “It’s important to have species that provide contrast,” says Fernandes, “and a good range of textures, too, from soft to rigid and spiky.”

Before turning to professional gardening, Fernandes worked in fashion editorial then in outreach roles at the Tate and the V&A, before doing an MA in art psychotherapy. Being introduced to horticultural therapy inspired him to retrain as a gardener, studying at Capel Manor College in Enfield, on the edge of north London.

The industry, and society, often find it difficult to imagine people from diverse backgrounds working in horticulture

The course offered Fernandes a sense of belonging: “It felt like, finally, this was where I needed to be. This is what my passion is.” After graduating, however, he was surprised at how hard it was to secure a horticultural traineeship. “I attended interview after interview. Many national, leading horticultural institutions repeatedly fed back that it had been between me and an equally strong candidate; my college tutor was scratching his head saying: ‘Why aren’t they giving it to you?’ It just felt odd that it was such a struggle.”

He eventually landed a traineeship at the esteemed Chelsea Physic Garden and went on to work at Kenwood House on Hampstead Heath before joining the Horniman. However, his experiences have led him to question a lack of diversity in horticulture (he is a British-born Asian of British immigrant parents from Africa). Fernandes grew up with an interest in it – his mother was a florist. “But I couldn’t imagine myself in that profession; I didn’t see anybody like me – a person of colour – within it.”

This is a complex issue, he says, and deeply rooted. “My mum used to take us to various houses and gardens, and sometimes we’d get quite a frosty reception. We knew what it was about, though my mum tried to shield us. I think the industry, and society as a whole, often find it difficult to imagine people from diverse backgrounds working in horticulture, particularly in higher-level positions. In a strange way I’ve had to fight through my own bias to be here.”

But there are encouraging signs, he says. He recently met three young students of African and Afro-Caribbean descent at a Horniman gardening study day: “I asked each of them about their journey into horticulture. It felt like a profound shift.” Fernandes’s enthusiasm for making horticulture more inclusive and diverse is well suited to the Horniman, which is endeavouring to engage new audiences within its south London community.

Right now, his creative energy is turning to fresh projects in the garden – plans for 2022 include planting a micro-forest to provide a green buffer between the gardens and the busy, polluting South Circular road; and an educational border filled with drought-tolerant plants. Reducing mowing to increase biodiversity is a priority – roughly an acre of lawn is given over to long grass and mown paths – as is a more sustainable approach to planting, with plans to replace the traditional annual bedding in the historic Sunken Garden with longer-term schemes.

“Bedding is so wasteful,” he says. “The constant intervention that it requires has a negative effect on the health of the soil. So we’ve been thinking more carefully about what we plant now, including more ‘perennial’ bulbs – tulips, narcissus and hyacinth – that can stay in the ground for two to three years.”

Fernandes is also keen to deepen the link with the museum’s internal displays. Its extensive musical instrument collection is reflected through plantings such as bottle gourd (from which percussion instruments are made) and Arundo donax (used for woodwind reeds). Fernandes is now looking to interpret the taxidermy bird collection, with illustrative, informative new planting.

Gardening must continue to address issues such as sustainability and waste, and the challenge of our changing climate. But artistic vision can inspire change, too: there seems to be an increasing crossover between art and gardening, championed in recent years by galleries such as the Hepworth in Wakefield and Hauser & Wirth in Somerset (and before that Derek Jarman’s Prospect Cottage in Kent). “For me, gardening is an artistic, creative process,” says Fernandes. “I entered into it for love, and then passion got ignited.” 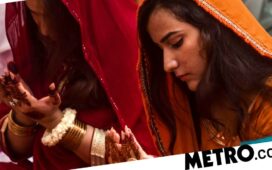 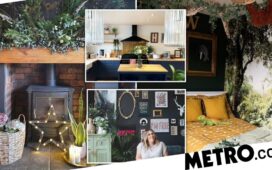 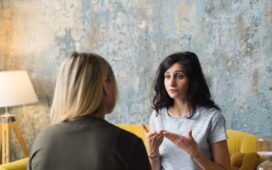 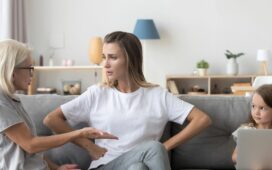 Stephen Mangan and his sister Anita look back: ‘People would say he was so talented – and I’d think, “No he’s not”’