A serving police officer has admitted murdering Sarah Everard after abducting her from the street as she walked home in south London.

The Metropolitan police constable Wayne Couzens pleaded guilty on Friday to her murder at the Old Bailey, having admitted to her kidnap and rape at an earlier hearing.

The 33-year-old marketing executive disappeared on 3 March and her body was recovered from woodland near Ashford in Kent, about 20 miles west of Couzens’s home, seven days later. It was hidden and wrapped in a builder’s bag Couzens had bought days earlier. She was identified via her dental records.

Couzens was an armed officer in the Met’s elite parliamentary and diplomatic protection group. The case triggered a debate about women’s safety. The fact a rapist and murderer had hidden within the ranks of Britain’s biggest force, and been entrusted with a gun to guard sensitive sites, shook the top of the Met.

He appeared via video link from Belmarsh prison for the hearing.

Couzens was asked by the court clerk how he would plead to the count of murder. He replied: “Guilty.”

The clerk checked and asked: “You plead guilty to murder?”

The hearing started with the court being told Couzens had already pleaded guilty to the kidnap and rape of Everard.

Couzens, 48, from Deal in Kent, now faces a mandatory life sentence for the murder.

He finished work at 7am on the day he attacked Everard, then collected a rental car he had hired three days earlier. He drove around in the hire car, before he spotted Everard walking home after visiting a friend’s home. Everard was reported missing by her partner the next day when she failed to meet him as they had arranged.

The results of a postmortem showed she had died from compression of the neck.

Everard’s disappearance was initially treated by the Met as a missing persons case but as concerns mounted it was taken over by the specialist crime command unit.

Footage from a passing bus captured the white Vauxhall Astra used by Couzens and its number plate. When detectives traced the plate it led to a rental company in Dover, Kent. The company handed over the details of the person who had rented the car. Couzens had used two mobile phone numbers to hire it, one of which was a mobile number recorded on his Met police personnel file.

In a bizarre story comprised of lies, he claimed he had kidnapped Everard and then as he was driving through Kent, pulled over when his vehicle was flashed by an eastern European gang. He claimed they were threatening him and his family after he had underpaid for a prostitute the gang controlled and met at a Folkestone hotel weeks earlier.

Couzens was vetted when he first became a police officer with the civil nuclear constabulary (CNC) in 2011. The Guardian understands he was at first vetted more than the average officer as he first served for eight months at the high-security Sellafield site and was developed vetted, one of the highest levels of clearance.

He then transferred to serve in Dungeness, Kent, which did not require such a high level of vetting, and served there for the rest of his time in the CNC. The Met has refused so far to say whether Couzens was vetted again in 2018 when he joined Britain’s biggest force.

Before joining the CNC Couzens volunteered with Kent police from 2005-09, becoming a special sergeant. He was also in the territorial army and worked at the family garage in Kent.

The kidnapping and murder of Everard triggered a national debate about the safety of women in the UK and whether the criminal justice system does enough to protect them and punish those who attack them.

Vigils held around the country passed off largely without incident, but one near to the route of Everard’s last known journey, on Clapham Common in south London, resulted in the Met being widely criticised for alleged heavy-handed tactics.

Despite the criticism, a report by the policing inspectorate not only cleared police of wrongdoing but praised them for their restraint.

The Independent Office for Police Conduct (IOPC) is investigating other matters prompted by the case, including injuries Couzens sustained while in police custody after his arrest, believed to have been self-inflicted.

The IOPC also announced it would be examining the actions of an officer at a search cordon who was alleged to have shared an inappropriate graphic with colleagues via social media.

‘It was just such a maze’: the twisty story behind Enemies of the State 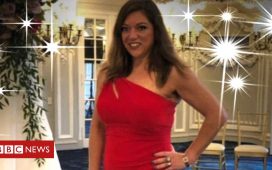 ‘We’re so proud of her’: Afghanistan’s gutsy female cyclists ready to cheer on Masomah Ali Zada 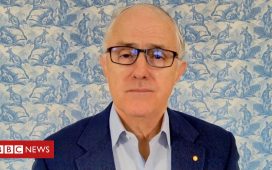 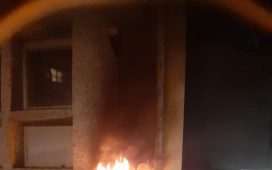 US to blame for Molotov attack on Cuba embassy in Paris, FM says