Untreated human effluent poured into rivers and seas for a total of 3.1m hours via storm overflow pipes that are supposed to be used only in extreme weather to relieve pressure in the sewage system.

The data is being published for the first time as a result of pressure on the EA, water companies and the government over the scale of sewage pollution in rivers.

Data for 2019 published by the Guardian last year showed raw sewage was discharged for 1.5m hours into rivers alone.

Countries are legally obliged to treat sewage before it is released into waterways. Discharges of untreated human waste are permitted only in exceptional circumstances, for example after extreme rainfall, the European court of justice has ruled.

This is partly because more monitoring of storm overflows by water companies has this year provided a much clearer picture of the scale of the pollution. In 2020, monitoring was placed on 12,092 storm overflows, compared with 8,276 in 2019, a 32% increase. The EA said average spill numbers remained similar to last year.

Sir James Bevan, the EA’s chief executive, said: “Storm overflows are designed to discharge sewage to rivers or the sea at times of heavy rainfall to prevent it backing up into homes and streets. But higher population and climate change means they will discharge more often.

“The Environment Agency is working actively with the water companies to ensure overflows are properly controlled and the harm they do to the environment stopped. Increased monitoring and reporting of storm overflows is part of the solution. It means everyone can see exactly what is happening, and will help drive the improvements and future investment that we all want to see, with £1.1bn of investment already planned for the next four years.”

The Rivers Trust said the scale of discharges by water companies was shocking and that real-time monitoring of sewage discharges into rivers was needed.

Michelle Walker, the trusts’s deputy technical director, said: “It’s good to finally see this data in the public domain, and in particular the significant increase in the number of overflows being monitored over the last four years.

“While we know we can’t make a direct comparison to last year’s … data due to the 50% increase in the number of overflows being monitored, the data raises alarm bells.

“If storm overflows work as designed, they will discharge less than 20 times per year, when there has been extreme rainfall … The 2020 data indicates that, appallingly, almost one in five overflows across England are discharging more than 60 times per year, a number which is supposed to trigger an EA investigation. This is a staggering statistic.”

Walker said there had been an increase in the recreational use of rivers during the pandemic, which was likely to continue. Real-time data for more rivers, not just the one river in Ilkley for which bathing water status has been granted, was needed, she said.

On Monday the government announced it was putting the reduction of sewage discharges by storm overflows into a legal framework. Ministers will have to come up with a plan to reduce them by 2022 – a timeline that was criticised by campaigners as too slow.

Raw sewage discharges into seas and rivers by water companies

Data provided by the Environment Agency

UK inflation rises to 0.7%, pushed up by fuel and clothes – business live 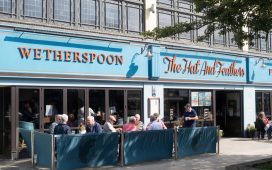 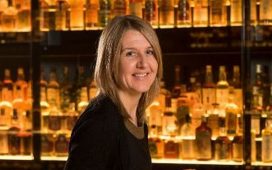