They were a much-loved feature of London life for over a century, ever since the first of hundreds of public drinking fountains opened in 1859 at St Sepulchre-without-Newgate church in the City.

At its peak, thousands of people a day were drinking from it and Charles Dickens observed that “300,000 people take advantage of the fountains on a summer’s day”, although some preferred to drink beer for fear of polluted water. But now, London’s few remaining historic fountains are under threat, with some local councils filling the fountain bowls with cement rather than water – ensuring that no one will ever be able to quench their thirst at their taps again.

Such fountains are all the more vital today as the climate crisis prompts warnings of frequent heatwaves, and people are urged to drink more water and to reuse water bottlesto reduce plastic pollution.

Nicola Stacey, director of the Heritage of London Trust (Holt), warned that the capital’s last remaining drinking fountains are being restored without function, to save money, despite the clear environmental benefits of offering the public fresh drinking water. She told the Observer: “I’m really shocked. Everyone is coming out of Covid-19 saying, ‘London’s fantastic, it’s green, the air’s fresher, let’s try to move forward with green initiatives.’ At the same time, fountains are being restored with no water – and even with cement poured into their bowls, so they are destroyed forever. How is it possible those things are happening at once?”

She spoke out in a week when temperatures in the UK soared to 27C and health experts repeated warnings that heatwaves could lead to life-threatening health conditions.

Just when drinking fountains are needed, they have become glorified rubbish-bins, as passersby drop their detritus – including plastic bottles – into the concrete bowls. Struggling to understand why anyone would even think of blocking a fountain, Stacey spoke of an “alarming trend” by councils “to restore as many as possible on a permanently disfigured basis”.

She said: “I actually think it’s being done in such a way to make it as irreversible as possible, so organisations like ours can’t come hammering at the door, saying you need to restore the fountain.”

There were once about 1,000 drinking fountains, most of them Victorian, scattered across the capital. These were beautiful and much-loved monuments, often with inspirational stories about people who simply wanted to provide fresh water for the public good. Barely 20% of them survive today. Of those, only a few work.

Stacey said that an imposing 1880s granite fountain on a paved island near the Royal Free Hospital in north London was recently restored at a cost of more than £400,000, when, for a few thousand pounds more, Camden council could have ensured it worked again: “It’s literally had cement poured into the bowl. And already it’s got litter inside.” The octagonal structure, in early English gothic revival style, was saved from demolition in the 1960s after a campaign by local people, including the future Labour leader Michael Foot.

Such fountains were designed with efficient push-button taps, ensuring that water would not keep running. Maintenance is minimal, with only occasional water-quality inspections.

Last month, Camden unveiled a fountain in St Pancras Church grounds that it said had been “lovingly restored”. Stacey said that it was without taps or function: “When a drinking fountain is dry, that’s not lovingly restored.”

Holt is an independent charity, set up in 1980 by the Greater London council to rescue historic buildings and monuments. It has helped to restore six fountains, including that at St Sepulchre – always on condition that water is included. One of them is a beautiful example in St Paul’s Recreation Ground in Brentford, on which Holt collaborated with Hounslow council, to the delight of the local community – particularly children, who were inspired to create drawings.

Until the 1960s, children could be seen climbing up to drink from such fountains, standing on tiptoes. But, one by one, they were switched off and neglected, falling victim to vandalism.

Stacey, who previously worked at English Heritage, said: “The younger generation see the point totally. Why pay for a little plastic bottle when you can come and refill your bottle? Why clog up the Thames with nasty discarded bottles?”

Holt is collaborating with councils such as Tower Hamlets, which is planning to restore fountains with water this year, but Stacey expressed dismay at Camden’s handling of its fountains: “It would be very easy for them to ask us if they needed extra funding. They’re specifically not coming to us.”

Holt offered Camden a grant of £10,000 to restore a fountain at Lincoln’s Inn Fields, one of London’s earliest Victorian examples to survive. By the late 1850s, nearby St Giles’s parish wells had become polluted and a 1860 letter states: “A lady residing in the neighbourhood of London is anxious to be permitted to put up a Drinking Fountain at her own expense.” The beautiful Portland stone fountain, erected in 1861, is at the entrance to the public park. “It’s vulnerable to being restored without water,” Stacey said. “We are hoping Camden will do the right thing. The aesthetics of having fresh water is a critical part of a beautiful public space. If you think of Rome, you think of walking down a beautiful street with a wonderfully carved fountain and water – and being able to drink from it on a hot day.”

A Camden council spokeswoman said: “Unfortunately, restoring these types of historic fountains for drinking use can cost considerable sums of money.” She noted that renovating the Royal Free fountain cost £41,335, but the island on which it stands cost £400,000. “To make this a drinking water version, it would have cost an additional £50,000 for internal works, with £10,000 a year for maintenance.”

Stacey responded: “Where other boroughs have restored their fountains, the cost is nothing like those figures. The standard reinstallation cost is just £2,000. Other councils include maintenance as part of their parks and public spaces maintenance.”

Peonies envy: do I really love blowsy flowers or has Instagram destroyed my ability to think? 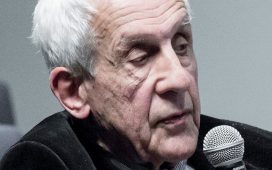 Masks, monsters and masterpieces: Yinka Shonibare squares up to Picasso