The environment adviser to former UK prime minister Theresa May has asked the government watchdog to examine a potential conflict of interest involving the head of climate change at power group Drax, who is also a member of the UK’s prestigious climate advisory committee.

Lord Randall has asked the National Audit Office to consider a formal investigation into the positions held by Rebecca Heaton, the Drax executive who is also a member of the Committee on Climate Change which advises the government.

Heaton has been on the committee since 2017, when her appointment drew criticism from climate activists. The issue has now been raised by Randall as Drax attempts to realign its business to focus on an emerging technology, known as bioenergy with carbon capture and storage (Beccs).

The CCC has identified the technology as a potential solution for managing the most difficult aspects of avoiding carbon emissions. Drax has said its development will require government financial support.

“Given the significant commercial interests of her employer, Drax, in the policies on which these committees are advising government, I believe that there may be a real or perceived conflict between her role with Drax and her ability to offer impartial expert advice on such policies,” wrote Randall in a letter to the NAO.

Heaton is also a member of the CCC’s audit committee, which advises the group on its own governance, and a council member of the Natural Environment Research Council, which is the leading funder of UK environmental science, including research into carbon capture technologies.

Randall said the NAO should examine whether Heaton’s roles allowed Drax to gain “an unfair commercial advantage through the influence its employee may be having on the advice and formulation of policy in an area in which Drax operates”.

Drax is one of the world’s largest producers of biomass, material including wood pellets and other plant matter, which is burnt to generate energy. Its biomass operations are reliant on UK government subsidies due to end in 2027. The company is working to reduce costs so that these operations remain viable, and also betting on the Beccs technology, which involves capturing and storing the carbon emissions generated by burning the biomass.

Using Beccs, “we expect to play a major role in delivering the UK’s legally binding objective to achieve net zero carbon emissions by 2050 and support global efforts to reduce carbon emissions,” Drax said in its 2020 annual results, adding that the CCC had indicated “a growing commitment to” the technology.

Deploying Beccs at scale will require an “investment framework” from the government, Drax states on its website.

The government has pledged up to £1bn to support the development of a carbon capture sector, which could include new Beccs subsidies.

Phil MacDonald, chief executive of Ember, a climate and energy think-tank, said Drax was “hunting for their next big subsidy and Beccs is going to be important for that”.

In its latest carbon budget — or advice to government about the volume of greenhouse gases the UK can emit over a five-year period — the CCC said technologies such as Beccs “will be required to permanently remove carbon from the atmosphere, in order to offset remaining residual emissions in the UK and achieve net zero by 2050”.

The nascent technology could be used to sequester 45m-95m tonnes of CO2 every year by 2050, said the report. That compares to an estimate of 43m tonnes a year outlined in the fifth carbon budget, which placed less emphasis on Beccs and was published before Heaton joined the CCC. 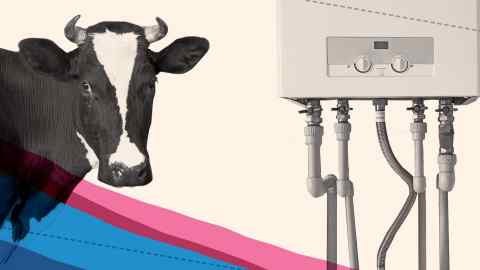 The CCC’s most recent sixth carbon budget published in December also stated that the UK “has plans to deploy large-scale carbon removal through Beccs over the 2020s and beyond,” citing Drax’s plans.

Randall said the NAO should question whether the CCC’s most recent advice on greenhouse gas removal technology could be “considered to be impartial and in the public interest”.

The government assessed the CCC’s processes for managing conflicts of interest in 2019 and found it to be “robust”, he added.

Drax said: “Dr Rebecca Heaton does not advise the CCC on bioenergy — this ensures there is no conflict of interest.”

Many environmental campaign groups are fiercely critical of wood biomass, which they argue encourages deforestation and is only considered a green fuel because of a quirk of carbon accounting.

The emissions it generates are counted in the land-use sector of the country in which the fuel is grown and harvested. This means the biomass that is burnt in power plants is classed as carbon neutral, even though combustion generates emissions.

The pellets Drax burns are made from “low-grade wood, sawmill residues and forest residues”, according to its 2020 results.

“This is not something that can be met by bits of sawdust residues,” said Almuth Ernsting, co-director of NGO Biofuelwatch. Even if logged trees were replanted, it would take years for them to grow back and for the biodiversity of the region to be restored, she added.

There are also longstanding concerns about whether carbon capture and storage technologies, which have been touted for years as a solution for the hardest-to-abate emissions, can be deployed effectively at scale.

What is behind the dispute over fishing rights around Jersey?