Watch out, Nicola! Tories SURGE in Scotland – SNP look over their shoulders

The poll revealed a Conservative surge of seven points, holding 28 percent of the vote. The Panelbase poll of 1,009 voters in Scotland pointed to a collapse in support for Labour since the 2017 general election, from 27 percent to 20 percent. The news of a Scottish Conservative bounce have dashed Jeremy Corbyn’s hope Scottish voters could help him lead the biggest party at Westminster.

An analysis of the poll reveals a surge in support since last month for the Scottish Tories since Boris Johnson secured a revised Brexit deal with the EU.

The Lib Dems had dropped two points to 11 percent while the SNP lead the pack on 40, with a rise of one since a similar survey held on October 9-11.

Professor of politics at Strathclyde University Sir John Curtice, writing in The Sunday Times, said the Scottish Tories “have good reason to be pleased with this poll”.

He forecasted the SNP tally of seats will rise from 35 to 41 after the December 12 General Election.

Nichola Sturgeon’s SNP could be challenged by the Tories (Image: GETTY)

This is still short of the high water mark in 2015 when a landslide saw the party win 56 of the 59 Scottish seats.

The strong increase in support for the Tories is due to the collapse of the Brexit Party, which now polls less than 1 percent in Scotland.

In the wake of Ruth Davidson’s exit, the poll suggests that Boris Johnson’s party will lose one seat, with Stirling going to the SNP.

The tally of Tory seats will shrink to 12.

Edinburgh South may be the only labour seat left in Scotland, held by Corbyn’s arch critic Ian Murray.

However, Sir John added there are four other seats where the Tories could lose if the swing against them locally is more than the two percent, as recorded in this poll.

Support for Scottish independence has also dropped one point from last month’s poll to 49 percent.

The Panelbase survey, conducted from November 20 to 22, showed 37% of voters in Scotland believe independence is the greatest threat to the Scottish economy, while 39% believe Brexit is the biggest risk.

However, 45 percent said independence was offers a greater opportunity to the Scottish economy, compared with 24 percent for Brexit and 31 percent who say neither or that both are equal.

Ms Sturgeon, who performed well in the BBC’s leader interviews on Friday, remains the only leader with a positive approval rating among Scots on +3, down from +6 last month.

Mr Johnson has a slightly improved personal rating, up from -36 to -34, which remains better than Corbyn on -41 — a gain of one from last month.

The Prime Minister has been warned by polling guru Sir John Curtice of the three pitfalls which could derail his chances of winning next month’s election.

According to polling data released last week by the Electoral Calculus, the Tories have surged to 42.8 percent in the survey which polled 7,500 people from November 14 to 19.

In accordance with the data, Mr Johnson looks set to win 357 seats ahead of Labour with 207, the Lib Dems with 19 and the SNP with 44.

Despite that data, Sir John has warned that the Tory party should be wary of three factors which may stop them from winning the election.

Writing in The Daily Telegraph, he pointed out that currently, the party is holding the support of “one of five of those” who voted Remain.

However, due to his constant message to “Get Brexit done”, Mr Johnson may not be able to maintain that support.

Moreover, since 2017, Sir John also stated that despite Jeremy Corbyn being criticised for his neutral stance on Brexit, the intention in the Labour party is to try and attempt to win some Leave voters who supported the party in 2017. 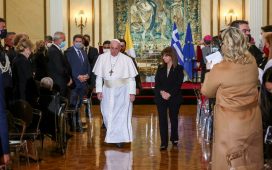 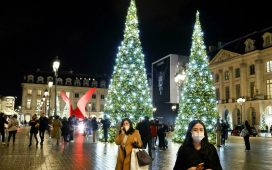