Fulham missed the chance to move within a point of fellow Premier League strugglers Newcastle and Brighton after being held to a goalless draw at Crystal Palace.

There was little to choose between the teams in a first half lacking in entertainment but the visitors came to life in the second, fashioning numerous chances to leave Selhurst Park with all three points.

Josh Maja curled narrowly wide from the edge of the penalty area before forcing Vicente Guaita into a one-handed save with a close-range header from Ivan Cavaleiro’s delivery.

Palace were virtually non-existent as an attacking force, registering just three attempts and failing to test Alphonse Areola in the Fulham goal.

The draw lifts Scott Parker’s Cottagers to 23 points – three behind 17th-placed Newcastle – while the Eagles are 10 points above the relegation zone in 13th.

Fulham arrived at Selhurst Park with the wind firmly in their sails, having reduced the gap on 17th-placed Newcastle from 10 points to just three going into this weekend’s round of fixtures.

The Magpies’ 1-1 draw with Wolves, coupled with Brighton’s 1-0 reverse at West Brom, opened the door for Fulham to pile even more pressure on the two teams directly above them but, not for the first time this season, they failed to make the most of several promising opportunities.

Parker’s team pressed their opponents relentlessly and enjoyed the majority of possession in the early stages, but the closest they came to a first-half opener was when Andersen headed Ademola Lookman’s free-kick over the crossbar.

The visitors mustered 14 efforts in the second half alone as they laid siege to the Palace goal, but a combination of wayward finishing, last-ditch defending and good goalkeeping from Guaita kept the Cottagers at bay.

Maja signalled Fulham’s intent after half-time with a speculative long-range effort that flew straight into Guaita’s arms, but the 22-year-old will be disappointed not to have converted one of two golden opportunities later in the half.

The Bordeaux loanee failed to hit the target after cutting on to his left foot on the edge of the area before being denied by a strong left-handed save by the Palace goalkeeper.

Andersen, Loftus-Cheek and Cavaleiro all went close for the Cottagers, but there was no way through for Parker’s side.

With games against Tottenham, Liverpool and Manchester City coming up, the Fulham boss may well see this as a missed opportunity in their battle to avoid the drop.

Palace were accused of committing “a robbery” against rivals Brighton last Monday, when Christian Benteke sealed a late smash-and-grab victory with only their second effort on target.

The Eagles almost enjoyed another slice of luck here when Andros Townsend’s teasing cross was flicked towards his own goal by Andersen, but Areola was alert to the danger.

That was the closest Roy Hodgson’s side went to getting on the scoresheet.

Benteke – restored to the starting line-up after scoring that late winner at Amex Stadium – cut an isolated figure in attack, despite the support of Eberechi Eze in a central role behind the Belgium striker.

Hodgson will be desperate to have Wilfried Zaha back to face former club Manchester United on Wednesday. The Ivory Coast forward has missed the past three games with a muscle injury but recently returned to first-team training.

‘I can’t praise the players enough’ – what they said

Crystal Palace manager Roy Hodgson: “I’m very satisfied. Fulham are playing very well and are a good team. We knew we would be under pressure for large parts of the game.

“We are realists. I still think we can do more with the ball sometimes but that’s dependent on the opposition as well. They don’t give you a lot of time on the ball but the way we dug in is very commendable.

“I can’t praise the players enough for the work-rate. We have got a lot of players to come back into the team. These players need a rest too.”

Fulham manager Scott Parker: “There were some big chances today. In the first half we didn’t really assert ourselves and lacked a threat. We changed that at half-time.

“Positionally we changed it in attack a little bit. We cut through the lines and put people in positions in the second half. Of course we wanted three points, but we got one.

“I was very pleased defensively. We saw that last game against Brighton that Palace are always in games. We nullified that very well. The missing part was of course the goal.” 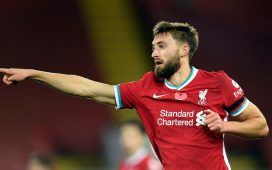 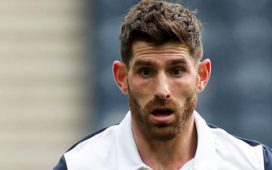 Lawrence Okolie: ‘Joshua’s gold in 2012 spoke to me. It changed my life’ | Donald McRae 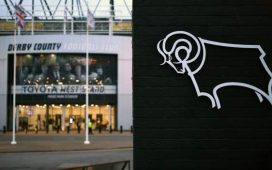