Muriel Bowser, the Democratic mayor of Washington, thanked Joe Biden for supporting the DC statehood bill that the House will vote on this week.

The White House indicated last month that the president believes DC should become the 51st US state.

The Biden administration has announced its support for the DC statehood bill, which the full House is expected to vote on this Thursday.

“For far too long, the more than 700,000 people of Washington, D.C. have been deprived of full representation in the U.S. Congress. This taxation without representation and denial of self-governance is an affront to the democratic values on which our Nation was founded,” the Office of Management and Budget said in a statement about the bill.

“The Administration calls for the Congress to provide for a swift and orderly transition to statehood for the people of Washington, D.C.”

House majority leader Steny Hoyer has said the chamber will vote on the legislation this week, before members leave town for recess.

The House passed the DC statehood bill last year, but the Republican-controlled Senate refused to take up the legislation.

Even though Democrats now control the Senate, it will be very difficult to pass the bill with the filibuster in place because Republicans are staunchly opposed to DC statehood.

Tasers are often cited as a crucial tool in combating police violence in America, with proponents claiming that the “less lethal” weapons can help departments avoid deadly encounters.

But the police killing of Daunte Wright in Minnesota – in which officials say an officer mistook her gun for her Taser – has resurfaced criticism of stun guns.

Experts and advocates have raised several major concerns about the mass deployment of Tasers in recent years: that police mistake them for guns (often in cases where no force or violence is justified, and where that explanation is disputed); that stun guns aren’t used as alternatives to guns and instead lead to increased brutality and escalate encounters; and that the electroshocks themselves can be deadly.

“Cities are spending millions of dollars on this technology that is not saving any lives and is just expanding the repertoire of violence available to local police,” said Alex Vitale, a Brooklyn College sociology professor and policing expert. “Tasers are used to punish people … and it has led to a lot of abuse and death.”

The White House confirmed Joe Biden spoke to George Floyd’s family yesterday to offer his prayers as the jury in the Derek Chauvin murder trial began its deliberations.

“President Biden spoke with the family of George Floyd yesterday to check in with them and also share that the family was in his prayers,” Jen Psaki, the White House press secretary, said on Twitter.

Philonise Floyd, the brother of George Floyd, said he spoke to Joe Biden yesterday, as the jury in the Derek Chauvin murder trial began its deliberations.

“He knows how it is to lose a family member,” Floyd said of the call this morning. “He was just letting us know that he was praying for us and hoping that everything would come out to be okay.”

Appearing alongside civil rights attorney Benjamin Crump for an interview with NBC News’ Craig Melvin, Floyd said he is “optimistic” about the outcome of the trial.

“I just feel that in America, if a Black man can’t get justice for this, what can a Black man get justice for?” Floyd said. “The video is facts, and it’s proof of what happened. We just need Minnesota to make the right decision.”

Floyd also called on Americans to remain “peaceful” as they await the verdict in the trial.

“People are in pain, they’re hurt,” Floyd said, noting Daunte Wright was fatally shot by police about 10 miles from the courtroom. “We stand in solidarity with everybody across America.”

The Guardian’s Amudalat Ajasa and Lois Beckett report from Minnesota:

“National guard, go home!” hundreds of teenagers chanted in a heavily fortified Minneapolis on Monday, as part of statewide high school walkouts over the police killings of Daunte Wright and George Floyd.

In neighboring Saint Paul, more than a hundred students took their grievances over police brutality to the capitol, where lawmakers inside the fenced-in statehouse could be seen peeking out through the curtains to look at protesters outside.

The high school walkouts against racial injustice and police brutality took place as a Minneapolis court was hearing closing arguments in the Derek Chauvin murder trial. The city was bracing for the verdict, with hundreds of national guard soldiers deployed.

The student protests were organized on Instagram by Minnesota Teen Activists, a local group founded after the George Floyd protests last summer. Students from at least 110 schools across Minnesota had planned protests to honor Daunte Wright on Monday, the group said.

At 1.47 pm, the time Daunte Wright was shot eight days before, hundreds of Minneapolis teenagers sat together on the ground to mark three minutes of silence. A light snow had been falling, and their faces were grim.

Here’s what the president has on his schedule today: Joe Biden and Kamala Harris will meet with leaders of the Congressional Hispanic Caucus in the Oval Office. Senators Catherine Cortez Masto, Ben Ray Luján and Bob Menendez will be among the attendees.

Biden will later participate in a virtual tour of the Proterra electric battery facility in South Carolina and deliver remarks on his infrastructure plan at the White House.

The White House said yesterday that the virtual tour is meant to highlight the need for zero-emission transit buses and school buses.

“There are over 475,000 school buses and 65,000 transit buses on our streets today, serving millions of students and transit riders. Most of these buses currently run on diesel, which has a negative impact on human health, especially for children,” the White House said in its statement yesterday.

“The President made a commitment that all American-made buses would be zero-emission by 2030. To advance this goal, the American Jobs Plan includes a total of $45 billion to accelerate the adoption of zero-emission transit buses and school buses. This investment will create good jobs, support domestic manufacturing, tackle a major source of greenhouse gas emissions, and improve health for some of our most vulnerable populations.”

The Derek Chauvin murder trial heard closing arguments on Monday before the jury began considering a verdict over the death of George Floyd that is anxiously awaited by millions of Americans.

Tensions are high in Minneapolis, with hundreds of national guard soldiers deployed. Last year, video of the former police officer’s alleged killing of Floyd, a 46-year-old Black man, prompted days of protests, riots and looting, and demonstrations across the US and world.

Protests flared up again earlier this month, over the shooting of Daunte Wright, a 20-year-old Black man, by officers during a traffic stop in a Minneapolis suburb.

Many Americans have reached their own verdict in the Chauvin case, and see the trial as part of a reckoning in the broader struggle for racial justice. Nonetheless, on Monday lawyers focused on persuading the jury.

Prosecutor Steve Schleicher said the key to the case lay in video footage of Chauvin pressing his knee on to Floyd’s neck even as he pleaded for his life, right to his very last words of “I can’t breathe”.

“This case is exactly what you saw with your eyes. It’s what you know in your heart,” he said.

Tensions are high in the nation’s capital as the country awaits a verdict in the Derek Chauvin murder trial.

The jury in Minneapolis began its deliberations yesterday to determine whether Chauvin is guilty of murdering George Floyd, who died after Chauvin kept his knee on the Black man’s neck for more than nine minutes.

The killing of Floyd set off widespread protests last May, and Washington is bracing for another round of demonstrations if the jury does not find Chauvin guilty.

The DC National Guard announced yesterday it is activating 250 troops to assist the Metropolitan Police Department of Washington as it prepares for the potential protests. Parking restrictions and street closures go into effect today in downtown DC as well.

In a statement announcing the activation of the guard troops, Brigadier General Aaron R Dean II, the adjutant general of the DC National Guard, said the city is dedicated to providing a “safe environment for our fellow citizens to exercise their first amendment right”.

“This is our home, and we are dedicated to the safety and security of our fellow citizens of the District and their right to safely and peacefully protest,” Dean said. 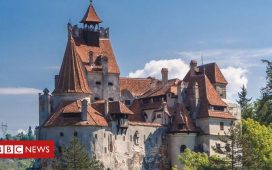 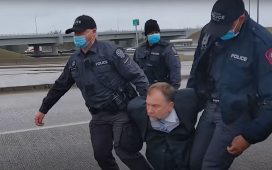 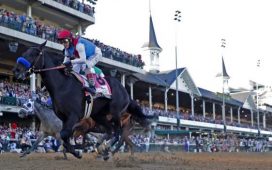 'People got nervous if a bag was left on a chair': Paul Johnson on Northern Ireland 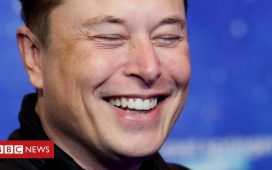 Elon Musk reveals he has Asperger's on Saturday Night Live