Asian tech firms from chipmaker Samsung to display panel maker LG Display warned of a sharp slowdown in demand for smartphones, TVs and gadgets as surging inflation and deepening concerns of a recession crimp consumer spending.

Comments from top company executives in Asia, often called the world’s factory, echo warnings from U.S. and European firms who say shoppers with lower incomes are skipping discretionary items and sticking to cheaper basics when buying everyday necessities amid global uncertainty, the crisis in Ukraine and the impact of China’s COVID lockdowns.

“As a downturn looms, consumption is expected to generally slow down except for essential goods,” LG Display Co Ltd 034220.KS, a supplier of display panels to Apple AAPL.O and TV makers, said on Wednesday.

“Set makers and retailers in general are becoming more conservative in their business operations.”

While demand from server or data centre customers is less affected by macroeconomic issues, server clients would also have to adjust their inventory if a recession occurs, the South Korean firm cautioned.

Data centre customers, backed by tech heavyweights including Microsoft Corp MSFT.O and Alphabet Inc GOOGL.O that reported strong quarters, have been a bright spot so far for chipmakers.

“Recently, consumer sentiment has been rapidly shrinking due to deepening concerns over inflation and economic recession, and companies are now noticeably moving to cut costs,” it said.

In recent weeks, U.S. chipmakers including Micron MU.O and AMD AMD.O have signaled waning demand as well after a two-year long semiconductor shortage that crimped production of consumer electronics and cars.

Taiwan’s TSMC 2330.TW has also signalled that demand was cooling from consumer electronics customers as they use their own chip stockpiles.

The Japanese conglomerate said profits at its energy unit that supplies EV batteries to Tesla Inc TSLA.O fell mainly due to higher costs for raw materials and logistics.

CHINA PRESSURES
U.S. chipmaker Qualcomm Inc QCOM.O, a foundry customer of Samsung’s, said: “We expect the elevated uncertainty in the global economy and the impact of COVID measures in China will cause customers to act with caution in managing their purchases in the second half.”

Smartphone sales in China, the biggest market in the world, fell 14.2% in April-June while volumes hit a decade low, Counterpoint Research said on Wednesday.

While analysts expect stronger demand for iPhones than for other smartphones, Apple AAPL.O announced discounts in China this week, a move it occasionally makes when sales are slow.

Tech and auto firms with factories in China have faced business disruptions in the world’s second-largest economy due to COVID-19 lockdowns even as the war in Ukraine has pushed up energy and logistics costs.

The curbs have taken a huge toll on China’s economy, with its gross domestic product in the April-June quarter growing at the slowest pace in some three decades barring a contraction in the first quarter of 2020.
Earlier this month, China’s automobile industry association cut its sales forecast for the year as COVID measures weighed on demand, which authorities are now trying to revive with incentives such as lower purchase tax for some cars.

Toyota Motor Corp 7203.T, the world’s largest automaker by sales, has seen its output hit in recent months by the chips shortage and supply constraints in China, producing 9.8% fewer cars over April-June than it initially planned.

General Motors Co GM.N, which reported a 40% slump in second-quarter profit, said its China operations lost $100 million in the period due to the curbs.

A bellwether for global automaking, GM said it was curbing spending ahead of a potential economic slowdown, as did its crosstown rival Ford Motor Co F.N.

Hyundai Motor Co 005380.KS, which like Uniqlo parent Fast Retailing 9983.T has seen the value of its profits lifted by a strong dollar, cautioned that rising inflation was posing some risks to demand in the second half.

For electric vehicles, however, some analysts say it would take another year for sales to slow, a view backed by Tesla Inc TSLA.O battery supplier LG Energy Solution Ltd 373220.KS.

LG Energy Solution said it expected solid demand in the second half of this year.

But Tesla boss Elon Musk has previously spoken of “a super bad feeling” about the economy.
Source: Reuters (Reporting by Joyce Lee and Heekyong Yang in Seoul; Writing by Sayantani Ghosh; Editing by Himani Sarkar) 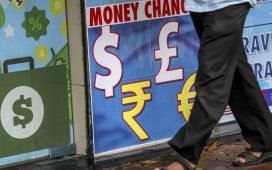 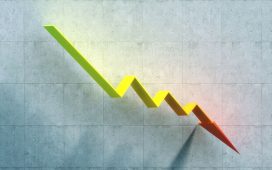