War in Europe could be “just weeks away” as tensions mount between Russia and the Ukraine, MPs were warned today.

And she warned the Kremlin that invading Ukraine would trigger “significant strategic consequences”.

It comes as US President Joe Biden prepares to speak by phone with the Russian leader following the dramatic massing of troops on the Ukrainian border.

Senior Conservative MP Bob Seely warned the Commons: “We may be weeks away from a major war in Eastern Europe.”

Mr Seely, who sits on the Commons Foreign Affairs Select Committee, said that “regardless of whether Russia invades this month or this year”, Russian President Mr Putin seeks to “dismember Ukraine”, “shatter the unity of NATO” and “cement Russian identity” as a state opposed to the West.

Ms Ford revealed the Government was “considering an extension of purely defensive support to Ukraine to help Ukraine defend itself”.

But she added: “There is nothing in that support which could be construed as offensive or as a threat towards Russia.

“NATO is a purely defensive organisation and itself poses no threat to Russia.”

Ms Ford said the Government was “deeply concerned by Russia’s pattern of military build-up in and around Ukraine”.

“The UK is unwavering in our support of Ukraine’s sovereignty and territorial integrity within its internationally recognised borders, including its territorial waters,” she told the Commons.

“Any military incursion by Russia into Ukraine would be a strategic mistake.

“The costs of an incursion would be catastrophically high.”

She warned that wider Russian actions “pose an acute and direct threat to the national security of the UK and its allies”.

Shadow Foreign Secretary David Lammy said: “It is essential that, alongside our NATO allies, we make crystal clear to the Russian government that any attempt to further undermine Ukraine’s integrity will be met with a strong, consistent and resolute response.”

UK to use ‘all economic and diplomatic tools’ if Russia invades Ukraine, PM says 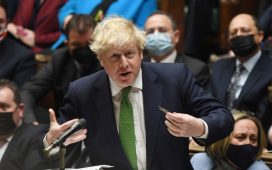 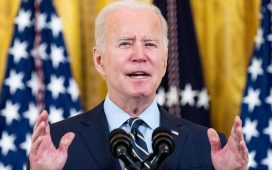 Liz Truss: the ‘human hand grenade’ Tories have taken to their hearts 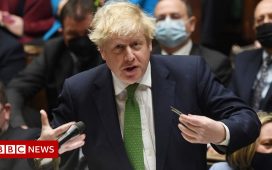