FILE PHOTO: The Walmart logo is displayed on a screen on the floor of the New York Stock Exchange (NYSE) in New York, U.S., May 1, 2018. REUTERS/Brendan McDermid/File Photo

Large U.S. companies have started tightly managing how employees and their family members use these popular discount, or copay, cards for everything from multiple sclerosis treatments to widely-used rheumatoid arthritis medications sold through a specialty pharmacy.

The move reflects their frustration that the coupons, which lower patient out-of-pocket spending, can be a disincentive to seeking less expensive treatments and drive up health plan costs.

For certain therapies, the insurance programs extract more money from the drugmaker or redirect the employee to a cheaper medicine, according to benefits experts.

The company, which has 400,000 employees, said the program affects fewer than 1 percent of its plan members.

Yet those participants can have an outsized impact on spending because of how costly it is to treat their conditions.

Specialty drugs can account for more than half of a corporate health plan’s spending on medicines, according to benefits consultant Mercer.

READ  Children conceived via IVF do NOT develop slower

Employers who use the most comprehensive program at CVS can save up to 7 percent on their total specialty medication costs, CVS told Reuters.

The programs, known as copay “accumulators” and copay “maximizers,” are expected to expand in the next two years, from about 25 percent of U.S. employers to as much as 50 percent, according to the National Business Group on Health.

Drugmakers “are concerned about it because the bottom line is that it will cost them more money,” said Brian Marcotte, the group’s chief executive.

Drugmakers are worried about the hit to profits if many more employers sign on. They are also concerned because they cannot easily track when the programs are being used.

Eli Lilly & Co (LLY.N) executives said last week that copay accumulator programs were having an impact on its Taltz psoriasis drug and Forteo for osteoporosis, but that it did not feel there was “significant exposure.”

Pfizer (PFE.N) and AstraZeneca (AZN.L) executives said in recent interviews with Reuters that they are monitoring the effect of these programs.

“The impact on our business is relatively limited, but it is a concern,” said Ruud Dobber, who heads Britain-based AstraZeneca’s U.S. commercial operations.

More than 170 million Americans have health coverage through their employers and pay some portion of their prescription drug costs, amounting to up to thousands of dollars a year in copayments. Employers say that keeps workers aware of the rising cost of medicines and more likely to accept cheaper alternatives, where possible.

Drugmakers have tried to bypass that requirement to keep patients using their medicines. They offer discount cards that keep the patient’s payment low, say at $25, when they fill a prescription. The drugmaker pays the remainder required by the health plan, thwarting employers’ intentions.

Pharmaceutical industry spending on copay cards has more than doubled to $7 billion over the past five years, mostly due to coupons offered on higher-cost specialty drugs, according to consultancy ZS Associates.

The programs at Express Scripts and CVS, which manage prescription drug benefits for employers, change how this works.

A copay “accumulator” recognizes when an employee uses a drugmaker discount card and makes sure that money does not apply toward their annual out-of-pocket spending requirement.

When the copay card runs out of money, a patient must either cover the full copay cost, get a new discount card, or stop filling the prescription. The program can apply to almost any drug coupon used at a pharmacy working with the pharmacy benefit manager.

A copay “maximizer” is more limited in scope, but potentially as costly to the drugmaker. They apply only to a short list of drugs that employees purchase from specialty pharmacies run by Express Scripts and CVS.

In maximizer programs some benefit managers, including Express Scripts, make sure patients sign up to receive copay cards from the manufacturers. They then raise the patient’s required copayment to tap the discount cards for the maximum amount set by a drugmaker, which can be more than $10,000 annually for pricey drugs.

New Jersey-based pharma and managed care consultancy Zitter Health Insights estimates that there are more than 41 million Americans in plans that use an accumulator and 9 million in plans with the maximizer approach. It is not clear how much overlap there is between the two as some employers use both.

How to live longer: The best exercise to boost heart health and increase life expectancy 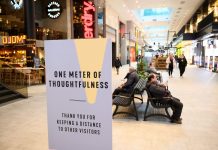 My cancer treatment is over for now, so where is my sense of relief? 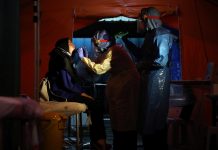 Malaysia reports 172 new coronavirus cases, most of them foreigners