Taking on a 135kg Wallabies front-rower nicknamed the “Tongan Thor” on the street might seem like one of the worst ideas in the history of bad ideas, but it was Taniela Tupou who was left counting his blessings after being subjected to a brazen robbery in Johannesburg over the weekend.

Tupou, in South Africa preparing for Australia’s opening Rugby Championship match later this week, was heading back to the team hotel after dinner at a steak restaurant in an affluent suburb when a man pounced and snatched his mobile phone.

Tupou reportedly gave chase before being called off by his teammates as he tussled with the thief who was attempting to make his getaway in a waiting car. The incident left Tupou shaken and with minor cuts on his arm, but Jordan Uelese, who witnessed the chase, was grateful his teammate had not sustained more serious injuries.

“I thought ‘Whoa, anything can happen here’, but it has definitely brought us closer as a group so we look out for each other’s back,” Uelese said. “If they can steal a phone off one of the biggest guys in our team you can steal off anyone.

Johannesburg is known for its high crime rate. Petty crime can sometimes escalate quickly, but Uelese vowed he would not allow the incident to tarnish his view or enjoyment of South Africa.

“We’ve been here a lot of times, they’re great hosts, they’re such nice people and it happens everywhere,” Uelese said. “Maybe we were too casual walking around and having a laugh – crime happens everywhere not just here. I’m not going to let a little minority of crime makers tarnish our thoughts on people here in South Africa.”

The Wallabies take on the Springboks at Ellis Park on Saturday evening (Sunday AEST) in the first outing of this year’s truncated Rugby Championship. Michael Cheika’s side will be looking to improve a dismal record in South Africa, and in particular at Ellis Park, where they have not won since 1963. 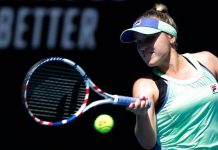 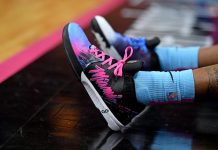