THERE’S a new limited edition flavour in the Walkers Sensations range and you can buy it in B&M for just £1.

The 150g packs of the treats were first spotted by Instagram account Kevs Snack Reviews in a B&M store.

It’s on sale in selected B&M stores but the retailer was unable to confirm how long it would be in stock for, so you better act quickly if you want to get a taste.

If you want to avoid making the trip only to find out that the store doesn’t have any stock, simply give it a ring beforehand.

B&M has more than 630 stores across the UK. You can find your nearest one as well as its contact details using its store locator tool.

Should you miss the boat, the same packs are currently on sale at Asda for a pricier £1.99.

The Sun has asked Walkers to ask how long the new flavour is going to be around for, but we haven’t yet heard back. We’ll update this article as soon as we get a response.

If you’re watching over your waistline, you’ll want to know that every 30g contains 148 calories.

This is similar to Walkers Sensations’ roasted chicken and thyme crisps, which contain 150 calories in the same amount.

READ  Purple Tuesday: 'Embarrassment' of going shopping in a wheelchair

NHS guidelines say an adult man should eat around 2,500 calories a day while it’s 2,000 for a woman.

LIVING ON THE VEG

How to get a free Domino’s pizza worth £10

Britain’s favourite crisps was revealed by a Channel 5 TV show in March – but viewers were furious Monster Munch didn’t make the top ten. 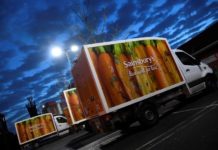 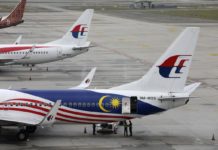