The John Lewis Partnership’s weekly trading update was a tale of two contrasting performances – with Waitrose recording a surge in sales while John Lewis plunged.

Overall, sales at the partnership grew one per cent year-on-year to £230.05 million for the week ending July 3.

On their own, Waitrose’s weekly sales excluding fuel were up 7.8 per cent compared to the same week last year, while John Lewis suffered a 7.9 per cent drop in total sales year-on-year.

Waitrose personnel director Jo Walmsley credited the grocer’s performance to customers stocking up for the heatwave and for World Cup gatherings.

“The rising temperatures last week meant keeping cool was a priority for shoppers, as sales of ice increased by 125 per cent and ice cream rose by 98 per cent,” she said.

“Hot weather essentials proved popular, including dressed salads and soft fruit, sales of which were up 46 per cent and 21 per cent respectively.

“It was a record-breaking week for several categories, with sun care having its best week of sales in two years, up 22 per cent.”

While the hot weather did wonders for Waitrose, it worked against stablemate and department store retailer John Lewis.

“Fashion sales were down 3.5 per cent. However, the rise in temperatures helped drive warm weather clothing which was up 27 per cent and it was also a record week for sunglasses up 79 per cent,” operations development director Simon Russell said.

“Womens own brand fashion also had a good week with sales up 18 per cent. Home sales were down 13.5 per cent, although Outdoor Living continues to perform strongly.

“Low tog duvets saw sales rise by 36 per cent and picnic products were up 27 per cent as customers prepared to head outside to enjoy the weather.”

He added that EHT sales were down 6.8 per cent, although there was an increase in customers purchasing TVs to watch the World Cup and sales in wearable tech were up driven by new launches. 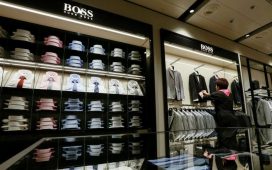