Von der Leyen's Commission: The ones to watch at Europe’s new top table

Members of the European Parliament (MEPs) voted in favour of the new commissioners by 461 to 157 against. There were 89 abstentions.

The new team will take office on 1 December, a month later than planned.

Mrs von der Leyen, the first woman to take on the presidency, said earlier that her team would “give Europe a new start” with a focus on climate change.

Wednesday’s vote in the European Parliament in Strasbourg required a simple majority for the team to be approved.

Mrs von der Leyen, Germany’s former defence minister and long-time close ally of Chancellor Angela Merkel, vowed to build a team to lead the EU’s executive body made up of equal numbers of men and women.

Her list of 27 sees 12 women get a seat at the top table – herself included – after weeks of stumbling over nominees grilled by MEPs.

There is no UK commissioner. Prime Minister Boris Johnson’s government opted not to nominate a candidate even though the UK has not yet left the union and the EU has since launched legal action.

“One member of our family intends to leave our union,” Mrs von der Leyen said ahead of Wednesday’s vote, to cheers and clapping from the UK’s Brexit Party MEPs. “A vast majority of this house appears to be very happy that the small [Brexit] group will not be able to clap as loudly any more,” she said to rapturous applause.

A number of MEPs who voted on Wednesday voiced objections to some of the chosen candidates, citing conflicts of interest.

So who are some of the key names to look out for?

“I sold all my shares,” the ex-head of French tech giant Atos assured MEPs, when they raised questions about possible conflicts of interest earlier this month.

Mr Breton has stressed the need to regulate the tech sector and bring in single market rules, which he argues would help address challenges from competition outside the EU.

Thierry Breton caused a bit of a stir at the helm of Atos in 2011 when he announced a plan to ban internal email exchanges. The idea, aimed at removing distractions and improving individual productivity, was described at the time as both “bold” and “stupid”.

In the years that followed, email correspondence at Atos was gradually replaced with an internal messaging system – a move credited with helping to boost growth.

A big name in Danish politics, Ms Vestager has spent the past five years as EU competition commissioner, spearheading EU anti-trust investigations that have ended in big fines for US technology giants Google and Apple.

Her approval for this new, high-powered role may well cause technology firms to sit up and take note, as it includes digital reform as well as competition policy.

She has already earned the wrath of US President Donald Trump: “Your tax lady, she really hates the US,” he is reported to have told her previous boss, Jean-Claude Juncker.

But Ms Vestager, 51, believes companies must pay their way.

She has previously served as Denmark’s economy and interior minister.

Mr Varhelyi, 47, was only given the green light last week – a move described by Hungary’s nationalist Prime Minister Viktor Orban as the country’s “biggest diplomatic success” in a decade.

Hungary’s government has clashed with the EU over issues of rule of law and migration in recent years – passing several laws in breach of EU treaties.

Mr Orban said Hungarians could now “increase their influence in European politics” in areas such as migration through EU candidate countries in the Balkans.

During his confirmation hearing earlier this month, MEPs questioned whether Mr Varhelyi’s loyalties lay with the bloc as a whole or with Mr Orban. He insisted he would not take orders from Budapest.

The previous Hungarian nominee, Laszlo Trocsanyi, was blocked ahead of confirmation hearings over a conflict of interest.

Ms Suica has been an MEP since Croatia joined the EU in 2013 and has vowed to use her position to address Europe’s demographic change, describing it as “a root cause of some people losing faith in our democracy”.

The former mayor of Dubrovnik – the first female to secure the role – has also said that she will work “towards the rule of law and transparency”. But the 62-year-old has come under fire for a lack of transparency relating to her own personal wealth.

“Can you reveal how you acquired a wealth of more than €5m ($5.5m; £4.3m)?” Ms Suica was asked by a member of the European Parliament at a hearing.

She said the figure included the salary of her husband, who had received a significant wage during his many years as a sea captain, and that “everything is clear and transparent”.

Ms Suica was also asked about her previous decision to vote against European resolutions calling for greater women’s rights, in particular relating to sexual and reproductive health.

The centre-left politician has already shown a preparedness to tackle the climate crisis, helping to steer through EU legislation banning plastic straws in his role as first vice-president of the Commission.

The multilingual 58-year-old, who has been given the task of helping to implement further environmental policies, received a standing ovation earlier this month when he suggested “a pivotal role” for hydrogen in Europe.

Mr Timmermans said this was because Europe already has a lot of gas infrastructure in place, making the transition smoother and cost-effective.

He has also previously negotiated the EU’s 2016 deal with Turkey to reduce the flow of migrants and has warned of the risks of nationalism.

The very name of his job is a delicate issue. It had to be changed after the previous title – Protecting Our European Way of Life – was criticised for tapping into right-wing rhetoric. It was described by MEPs as “grotesque” and by Amnesty International as “worrying”.

Greece has seen a big rise in migrant numbers crossing from Turkey. Five of its islands are under tremendous strain from the arrival of tens of thousands of asylum seekers.

Mr Hogan – referred to as “Big Phil” – has become the EU’s point man in any future Brexit trade negotiations with the UK.

The 59-year-old has said he looks forward to working with the UK in due course, if and when Britain’s exit from the EU takes place during his tenure.

But, while it is not clear who will be leading future negotiations on the UK side, Mr Hogan has previously been vocally derisive of Prime Minister Johnson and his approach to Brexit.

“The UK government’s only Churchillian legacy will be – ‘never have so few done so much damage to so many’. Gambling with peace and the Good Friday Agreement is not good politics,” he wrote in the Irish Independent newspaper in August.

Ms Urpilainen, the first woman to lead Finland’s Social Democratic Party (SDP) in 2008, has said gender equality should be a top priority for all existing and developing EU programmes and policies.

Speaking to MEPs in October, the 44-year-old described the EU’s 2030 agenda for sustainable development goals as “a golden opportunity” for Europe to lead the way in eradicating poverty worldwide.

At the age of 22, she set up the Finnish European youth movement, under the umbrella of the Young European Federalists – a group seeking to promote “a more democratic Europe”.

Later, as Finland’s finance minister in 2012, Ms Urpilainen wrote on her website that her country “would prefer to consider leaving the eurozone rather than to pay other countries’ debts in the currency area”. The remark led to questions about the SDP’s position on Finland’s membership and the party was forced to issue a series of denials and clarifications.

How the European Commission works 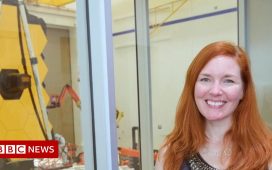 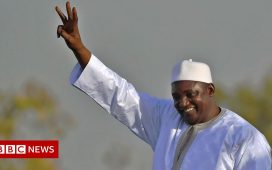