Electric Volvos on sale by the time new petrol and diesel cars are banned from showrooms will have ranges of more than 600 miles, the Swedish company has promised.

It announced a new partnership with fellow Scandinavian firm Northvolt to develop ultra energy-dense lithium-ion battery packs to be used in its next generation models on sale from the middle of this decade.

These will offer a ‘real driving range’ of 621 miles, which is not only further than petrol cars on sale today can go on a full fuel tank, but is also enough to travel the entire length of mainland Britain without needing to stop to charge.

It also means the average driver would only need to plug their electric Volvo into a charge point once a month.


Volvo says the new deal with bring battery cell technology development and production closer to home and will give the manufacturer the opportunity to ‘tailor’ its EVs to fulfill the needs of its customers.

This will primarily mean longer ranges and faster charging times for its forthcoming plug-in cars.

The first phase will see improvements to battery technology for its second-generation electric cars, starting with the launch of the next XC90 SUV in 2022.

It will be built on a specific electric platform – rather than retrofitting an existing platform developed for internal combustion engined models – capable of ‘bi-directional charging’.

This means owners will be able to sell electricity back to the grid when they’re not using the 4X4, which could be fairly lucrative if supplied during peak demand times.

However, it’s the second phase – which will take place by ‘the middle of the decade’ – that will see the biggest leap in battery capabilities that will make its electric cars significantly more practical.


Volvo says its third-generation EVs launched around 2025 will improve ranges even further and integrate the battery pack into the floor of the car, using the cell structure for overall vehicle stiffness and improving efficiency.

” Through smart innovation and collaboration with key partners, we can give customers what they want – more range, faster charging and lower costs – and further boost widespread adoption of electric mobility”

This will be achieved with Northvolt, which plans to increase the energy density in its battery cells by up to 50 per cent compared with what is on the market today.

Video: Renault revives models of the past for an electric future (Reuters)

Renault revives models of the past for an electric future

Later this decade, Volvo says its cars will have batteries that can be charged in half the time it takes today – and they will offer a range of 1,000km – which is 621 miles – in real-world scenarios, not in laboratories.

Volkswagen’s best-selling Golf family car with a 1.5-litre petrol engine is – based on claimed fuel economy figures – capable of being driven for 565 miles on a brimmed tank before a motorist would need to pull over for a top up at a fuel station.

Volvo’s claim would also mean its electric passenger cars on sale before the end of the decade would provide enough range to cover the equivalent distance – as the crow flies – from Land’s End to John O’Groats (603 miles).

With the shortest by-road journey to drive from the most southerly to most northerly signposts in Britain (837 miles), an owner would need to stop just once to recharge the batteries.

And with the average Briton covering around 20 miles a day, it means owners would only need to charge their electric Volvos once a month (every 31 days).


In terms of the charging times, the latest electric models on the market are fitted with batteries capable of receiving 150kW take around 40 minutes to charge to 80 per cent capacity.

Volvo’s suggestion that it could halve this plug-in period by the middle of the decade means it could offer the same recharge level in just 20 minutes – and four-fifths of a battery capacity would mean a range of almost 500 miles.

The partnership with Northvolt will also see green improvements, such as batteries produced using 100 per cent renewable energy and in-house battery recycling operations to recover reusable materials and correctly dispose of those that can’t be repurposed.

‘Through smart innovation and collaboration with key partners, we can give customers what they want – more range, faster charging and lower costs – and further boost widespread adoption of electric mobility.’


If Volvo says its EVs will have batteries that provide 621-mile ranges in 2030, you’d better believe it…

In recent years, Volvo has had a strong track record for delivering on its promises for innovation.

The Swedish company was one of the first car makers to pledge to electrify its entire car range. In 2019, it did just that with every model featuring a fully electric, hybrid or mild-hybrid powertrain.

It more recently made a further commitment to produce only electric cars from 2030 – all of which will be sold online.

It then announced it would fit every new model it sells with speed limiters, restricting them to a top speed of 112mph from 2020 – two years ahead of legislation that will demand all manufacturers do the same. Since January last year, they’ve been installed across the whole range.

It even said it was going to launch a unique product to market – a ‘Care Key’ that can be programmed to restrict a car’s top speed to as little as 31mph, so kids borrowing the family Volvo can’t get carried away with their right foot. That’s come to fruition.

With such a strong recent track record of delivering on its promises, the latest claims that it will develop batteries capable of providing up to 621 miles of full-charge range for its electric vehicles sold from 2025 shouldn’t be taken lightly – or with a pinch of salt. 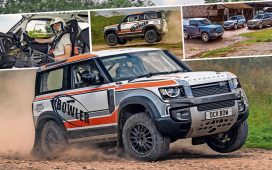 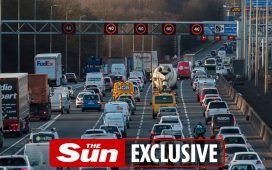 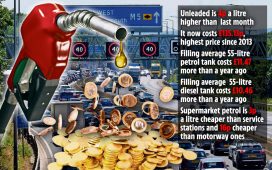 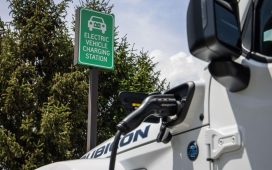 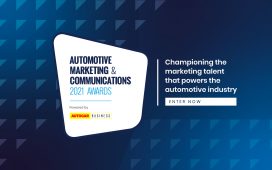