Volkswagen may still be leaning more towards electric crossovers (right now it has one hatch and two crossovers out), the manufacturer is not giving up on the traditional saloon. It showed the ID Vizzion concept which shows how the manufacturer envisions a three-box BEV and now we’re finally getting a look at the production version of that study.

The vehicle in the photos sent to us by our spies is still hidden by camouflage, but it is certainly the electric saloon-like vehicle (very likely actually a liftback) from Volkswagen that is set to be launched in 2023 and possibly be called Aero-B (or this could just be its internal name). We originally thought this vehicle was going to be called ID.6, but now we know that name will be used for the three-row crossover instead.

Subsequently, the Wolfsburg-based automaker will also launch this vehicle with an estate body style inspired by the ID Space Vizzion concept, although we don’t have a time frame for the latter. Under its skin it has the same modular MEB platform that underpins all compact VW group EVs.

We also expect it to share motors and battery packs with other ID-badged Volkswagens, so there will probably be a version with the single rear-mounted 204 PS / 201 bhp electric motor and an 82 kWh battery pack with 77 kWh usable capacity. This configuration grants the ID.3 hatchback a WLTP range of 341 miles (549 km), while in the ID.4 that drops to 311 miles (501 km).

Given three box vehicles’ improved aerodynamics compared to other body styles, there is a chance the saloon will be the range king among Volkswagen’s compact MEB-based EVs. We probably won’t see it hit the 400-mile mark with this battery, but there’s a good change it will do more than 350 miles on one charge on the WLTP cycle.

Our spies also point to information that an even bigger battery pack, with 84 kWh usable capacity, might be offered for this vehicle. This could boost its maximum range to 435 miles (700 km) and really make the saloon a very interesting (and relatively affordable) long range EV.

Regarding the prototype snagged by our spies, it looks like a finished pre-production vehicle. Nothing seems to be a placeholder, all the body panels seem final and they line up and the vehicle only has some camouflage hiding details on the front and rear fascias, although with a closer look, you can actually see the outline of the faux grille and headlight clusters.

It is also easily the most conventional looking of Volkswagen’s current ID models, and for most people this won’t look like anything special, just another saloon. We didn’t get any kind of look at the interior, though, so we don’t know if it retains the ID.3 and ID.4 look or if it is completely different. 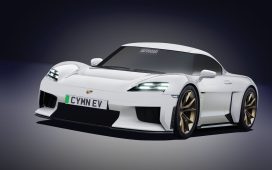 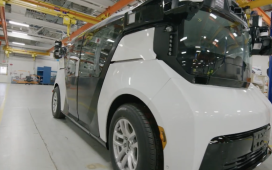 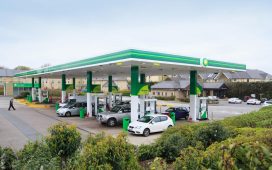 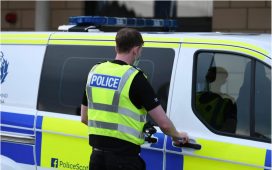