Volkswagen has confirmed plans to introduce GTE-badged plug-in hybrid versions of the Tiguan SUV and Arteon to its European line-up by the end of 2020.

A Tiguan GTE was shown in concept form back in 2015 and was expected to enter production. However, despite a Tiguan GTE being offered in China, where it is sold in long-wheelbase guise, VW prioritised other models in Europe.

The European-spec Tiguan GTE is expected to adopt the same drivetrain as the most powerful of the two new Golf GTE models.

It combines a turbocharged 1.4-litre four-cylinder petrol engine developing 148bhp and 184lb ft torque with an electric motor that produces up to 136bhp and 147lb ft. All up, it is claimed to produce a total system output of 242bhp and up to 295lb ft.

The Chinese-market Tiguan GTE, on sale since mid-2019, uses a slightly less heavily tuned version of the same drivetrain. It has a combined 207bhp and the same 295lb ft, which gives it a claimed 0-62mph time of 8.1sec and an electronically governed 124mph top speed.

A series of developments, including more direct gearing and a more advanced power electronics system, is expected to provide the European Tiguan GTE with added performance potential on a par with that of the existing Tiguan 2.0 TSI, which has a 0-62mph time of 6.3sec and 143mph top speed.

A 13.0kWh lithium ion battery mounted within the floor of the luggage compartment will provide the new Tiguan model with a zero-emission range of up to 40 miles at speeds up to 87mph.

Inside the industry: Scale beats profit for car makers in a recession

Under the skin: two reasons why EV charging times are set to plummet soon 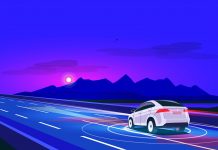 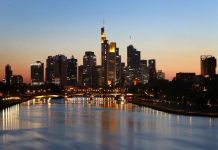