Not less than one thousand persons, mostly children and women have been displaced following attacks by bandits on several communities in Shiroro local government area of Niger State.

The recent attacks, which began on January 14, have also left a village head and one other person dead.

According to the locals, the attackers stormed Masuku, Zongoro, Maguga, Magami, and Kwaki and started opening fire in the air.

They also say the attackers abducted some thirty persons.

Channels Television crew visited the IDP camp at Kuta on Saturday, where members of the affected communities are taking shelter at the Dr. Idris Ibrahim Primary School.

At the time of our visit, more people were still arriving the camp.

The Director-General, Niger State Emergency Management Agency, Ahmed Inga who led officials of the agency to take food items and other relief materials to the camp said the state government has put in place a strategy to tackle the challenge, but that it will not disclose such strategy to the public.

Chairman of Shiroro local government council, Shuaibu Suleiman Chukuba, however, raised concern over increasing hunger and poverty in the area due to the activities of bandits.

Channels Television came across two women who were said to have been delivered of a baby boy and girl each.

One of the women, Zarawu gave birth on Friday evening.

Insecurity: Knocks for Buhari’s ministers for not wearing black

Buhari wanted power so badly, yet has done so little with it 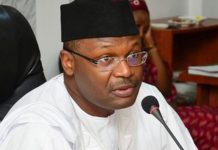 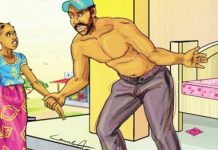 Bayelsa guber: We can’t denigrate Supreme Court because of you – Adegboruwa tells Lyon