Vintage 1940s blush hack helps you to not go overboard


Blusher is back on trend again, but as it’s been uncool for so long your application method might need some work.

As with all makeup, there’s no right way to apply it – so if you boldly rouge both cheeks, your nose bridge, and top of the forehead (that’s the ‘sunburn’ look, to mimic the way you redden over your face), you’re braver than we are.

Most people, dipping their toe back into blush, might feel worried about going in too heavy handed, the result of which might be an unnatural-looking flush that feels garish or throws off the rest of your makeup.

It’s always easier to build makeup up than it is to tone it down.

(Though a tip for these times: take the residue on your just-used foundation brush and pat over the blush you need to diffuse).

When looking for tips on the best applications methods to avoid this dreaded look – aside from the obvious of going in lightly to begin with – we didn’t expect to find a great hack in a tutorial from 1946.

Thanks to Pat McGrath, a renowned makeup artist who just launched her own long-awaited blush range, a clip from a vintage film ‘Grooming for Girls’ has re-emerged after she posted it to social media.

While these videos that were shown as educational tools to young women of the time could be problematic (for a host of reasons, including instilling a ‘one size fits all’ approach to life that feels outdated and sexist), this particular short clip offers helpful guide to blusher.

Forward to one minute in, and you’ll hear of the ‘tri-dot system’ to nail blush placement. 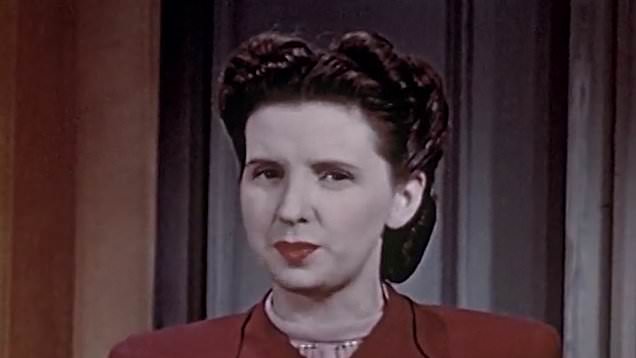 The instructor says: ‘If you use rouge, try putting it on with the tri-dot system.

‘One dot directly under the pupil of the eye, the second on the cheekbone and the third no lower than the tip of the nose.

‘Now fill in triangle lightly and blend in carefully until no one can see that the rogue is there – not even you.’

If you’re scared about going to far with your blush, this method keeps the look gentle and barely there.

The dot technique will work especially well with cream products that blend out easily, though it should be used with a little more caution on powder products which cling to the skin more (meaning those initial dots might be harder to hide).

So, if you’re unsure of where to place your blush for a soft flush, think about where those dots sit on your own face and fill in the triangle.

The cautious approach might make you feel braver next time.


MORE : Daisy liner is the perfect way to upgrade your eye makeup for spring/summer


MORE : Woman who loves all things vintage turns her home into a 1940s time warp