‘Australia has had enough of you and your huge ego’: Viewers SLAM Kelly Rowland on The Voice for ‘creating her own rules’ and granting her contestant an exception by singing his own track

The Voice’s Kelly Rowland has been slammed for her ‘huge ego’.

Taking to Twitter during Sunday night’s episode, viewers criticised the 38-year-old for granting her contestant Denzel M Akuma an exception, by singing his own track.

‘Kelly you think you’re so smart breaking rules, but Australia has had enough of you and your huge ego,’ one disgruntled viewer shared online. 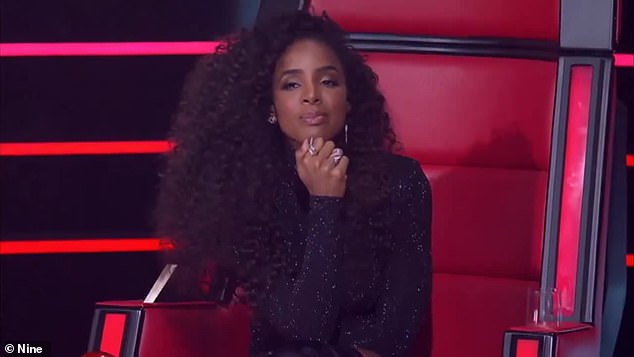 ‘Australia has had enough of you and your huge ego’: Viewers SLAMMED Kelly Rowland (pictured), 38, during Sunday’s episode of The Voice for creating her own rules

‘I hate Kelly so much omg (sic),’ another posted. ‘She should just make her own show with her own rules.’

‘She reminds me of those kinds of girls who accuses other people of being ‘intimated’ by her, when really she’s just plain arrogant,’ shared one.

‘Kelly Rowland’s behaviour on The Voice is nothing short of childish and pathetic. Take responsibility for your actions,’ was another.

However it wasn’t all negative with some praising Kelly for going with original music.

‘Totally agree with Kelly that in this situation, performing original music is going to make the most sense,’ one wrote. ‘In fact, it’s probably MORE of a risk because people may feel less connected to a song they don’t know, compared to covering a song everyone knows and loves.’

Kelly and fellow mentor Boy George, 58, got into a heated war of words on Sunday, with the The Culture Club singer spectacularly accusing Kelly of cheating in front of her contestants.

Boy George took exception to her allowing Denzel M Akuma to sing his original track Revolution, but not allowing his rivals in the knockout to sing their own material.

The theme for all three singers had been ‘Revolution’, causing the British singer to explode at Kelly for the way she had structured the round. 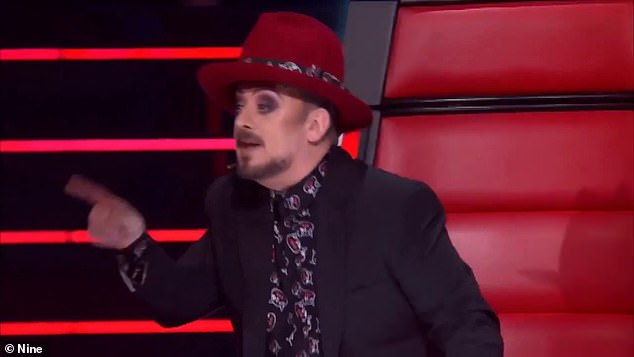 Drama: On Sunday, the war of words between Boy George (pictured), 58, and Kelly was taken to another level. The Culture Club singer accused her of cheating in front of her contestants

‘People are breaking the rules and I’m just calling them out for being hypocrites,’ he said.

‘What do you think guys?!’ Boy George asked Elsa Clement and Amanuel Clement angrily about having to perform other artists’ music.

After Amanuel responded by saying he was happy to let Denzel sing his original, George flew into a rage and accused him and Elsa of being ‘compliant’.

‘Step up guys – don’t be compliant. That’s not starting a revolution that’s just agreeing with Kelly,’ he said.

‘She’s completely wrong and that might mean you’re going home.’ 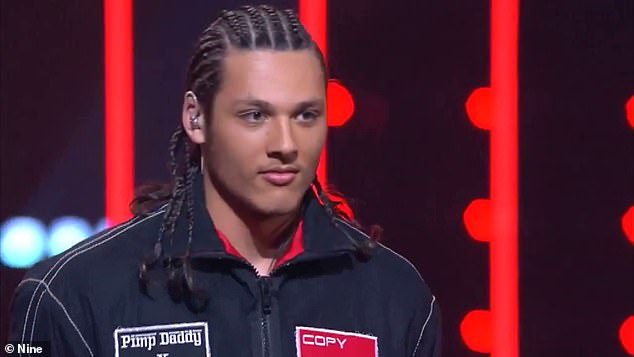 ‘People are breaking the rules!’ George took exception to her allowing Denzel M Akuma (pictured) to sing his original track Revolution, but not allowing the other two participants in the knockout to do so

Kelly furiously hit back at her co-host, telling him to ‘stop attacking my artists’.

As the pop star struggled through who she was going to take through to the next round, George continued to mock her.

‘If I really wanted to break a rule, I’d have all three of them,’ she said.

‘Well you’ve already done that,’ George responded before Kelly was incandescent with anger as she screamed back at him ‘Well I’d do it again!’

She also defended her decision to let Denzel perform Revolution, saying rappers can only really connect to their music when its their own song. 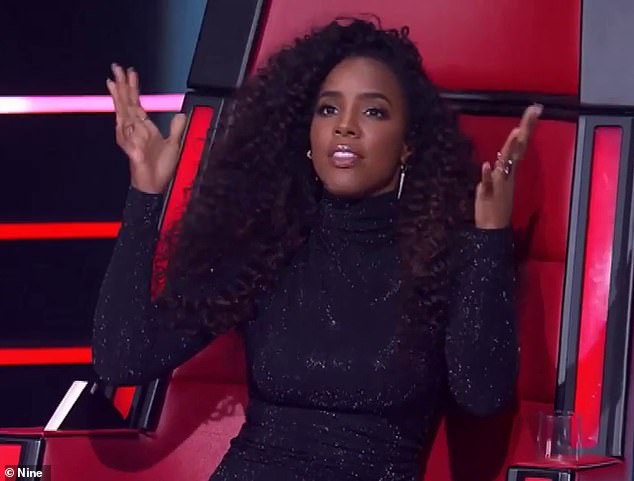 ‘Stop attacking my artists’: Kelly defended her decision to let Denzel perform Revolution, saying rappers can only really connect to their music when its their own

Brigitte Nielsen pushes daughter Frida, one, on a tricycle during sunny family outing