VIDEO: Moment Ukrainian woman is knocked down by a concrete truck

This young woman distracted by her mobile phone has survived being run over by a cement mixer while crossing a busy street during a traffic jam.

The incident was filmed by a CCTV camera on Ivan Sirko Street in the Ukrainian capital Kiev.

In the footage the woman is seen crossing between cars in a traffic jam while talking on her phone. 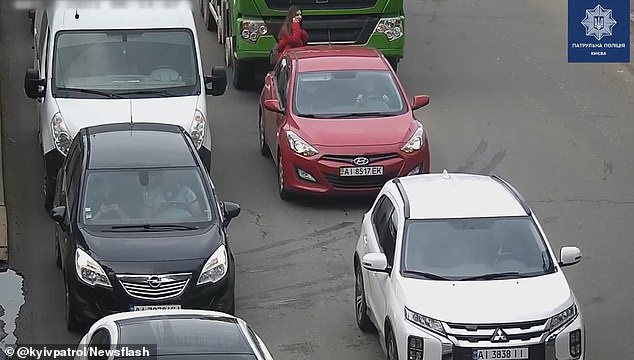 The woman, pictured, is engrossed in a mobile phone conversation while crossing through heavy traffic in Ukraine 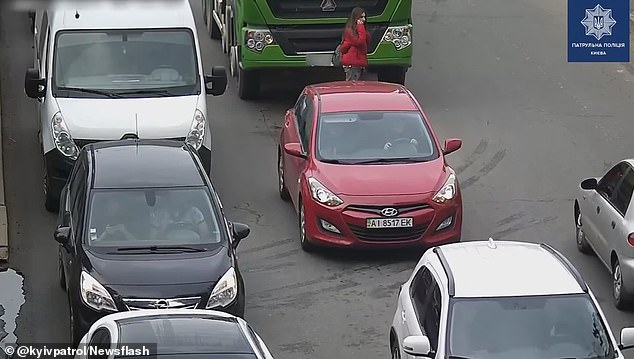 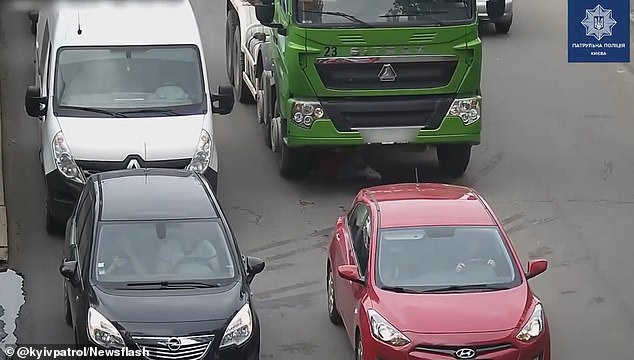 She suddenly stops in front of a concrete mixing truck just as the driver, who apparently cannot see the woman from his elevated position at the wheel, moves forward in the traffic jam.

The front of the HGV knocks the woman to the ground and she apparently rolls into a ball as the truck moves slowly forwards.

The young woman was reportedly taken to hospital with multiple injuries, however, there have been no further updates on her condition or the specific injuries she suffered in the incident.

Local police posted the footage on their Facebook page on May 22. They said the woman should not have been using a mobile phone while crossing the road as she was distracted.

Focus Ukraine, a blog of the Kennan Institute, states: ‘Pedestrians are prohibited to cross the road outside of a designated crossing if there is a dividing strip or the road has four or more lanes for traffic in both directions.’ 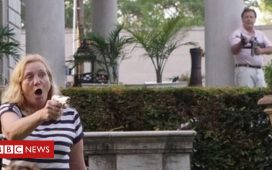