Sir Clive Sinclair, home electronics pioneer and father of the UK video games industry has died, after a decade long battle with cancer.

The UK video games industry is in mourning, following news of the death of Sir Clive Sinclair, creator of the pocket calculator and the Sinclair ZX80 – the first widely affordable home computer to be sold in the UK.

Sir Clive founded Sinclair Research, which led to the creation of the ZX81 computer and the era-defining ZX Spectrum, which played host to hundreds of British-made video games that would likely never have existed without it – and as a result launched the career of many UK developers still working today.

Although he died at his London home at the age of 81, Sir Clive had been fighting cancer for more than a decade.

Despite his unparalleled influence on the UK home computer market, Sir Clive had no special interest in video games and Sinclair Research had little to do with their development. In later life it was reported that he didn’t even use modern computers and considered them ‘a distraction’.

Although the ZX Spectrum and its derivatives were hugely successful in the UK they were less so in Europe and their legacy essentially unknown in the US and Japan.

After his success in the early 80s he went on to create the infamous Sinclair C5 electric vehicle, which was a commercial failure but, clearly, well ahead of its time.

Veteran video game journalists Gary Whitta and Jaz Rignall led the tributes on Twitter, with Rignall describing how he ‘helped kickstart the British computer industry and usher in a new era of interactive entertainment. His products inspired and delighted millions.’

‘One of the 20th century’s great genius inventors and a true father of the modern computing age’, added Whitta. ‘I’m not sure I’d be where I am today were it not for his ZX Spectrum igniting my love of computers and games. RIP’.

Shaun of the Dead director Edgar Wright also paid tribute, as did Alan Sugar, who was a competitor with his Amstrad CPC range of home computers and ultimately bought the rights to the Sinclair computer line in 1986.


MORE : Celebrate the Sinclair ZX Spectrum’s 35th anniversary with… yet another retro console


MORE : Sir Clive Sinclair’s ZX Spectrum Vega+ portable will be out this October 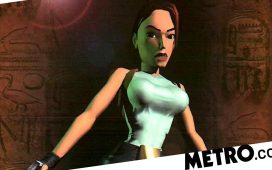