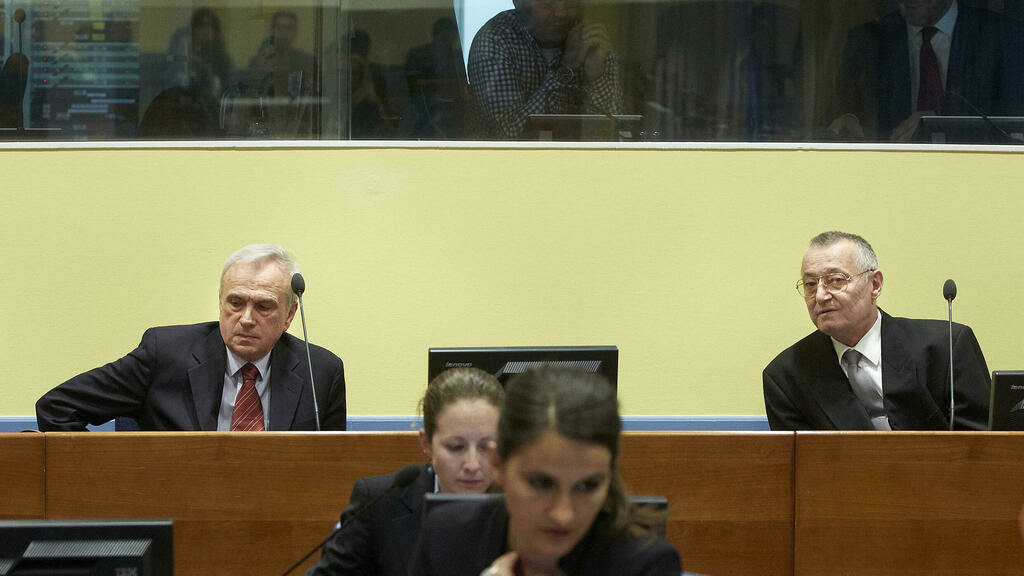 Jovica Stanisic, 70, the former head of Serbia‘s state security service, and his deputy Franko Simatovic, 71, are accused of backing paramilitary groups behind a reign of terror in Bosnia and Croatia.

They included an elite unit dubbed the “Red Berets” and the feared paramilitary outfit run by Zeljko “Arkan” Raznatovic, called “Arkan’s Tigers”, which together allegedly killed hundreds of people.

In 2013 Stanisic and Simatovic were both acquitted of crimes against humanity and war crimes in a shock verdict at the International Criminal Tribunal for the former Yugoslavia (ICTY) in The Hague.

But in 2015, in a rare turnabout after a storm of protest and an appeal by prosecutors, judges ordered a retrial on the grounds that the initial trial made errors of law.

Both men plead not guilty to the crimes against humanity of persecution, murder, deportation and forcible transfer, and the war crime of murder. Prosecutors are seeking a life sentence.

Judges will hand down their verdict at 1300 GMT in a verdict carried on a livestream with a half-hour delay.

Stanisic and Simatovic, who were out on bail, will be in court after handing themselves in to the UN detention centre in The Hague last week, a court spokeswoman told AFP.

The case is one of the last left over from the wars that tore apart Yugoslavia after the fall of communism, with former Bosnian Serb military chief Ratko Mladic having had his life sentence for genocide upheld earlier in June.

UN prosecutors say Stanisic and Simatovic were part of a joint criminal enterprise that included the late Serbian president Milosevic, who died in The Hague in 2006, and Bosnian Serb leader Radovan Karadzic, also serving a life sentence.

The Balkans wars left some 130,000 people dead and millions displaced.

Stanisic and Simatovic “organised, supplied, financed, supported and directed” the Serb paramilitary groups that murdered Croats, Muslims and other non-Serbs to force them out of large areas, seeking to establish a Serb-run state, the indictment against them said.

The indictment includes at least 280 killings in some two dozen specific attacks on towns and villages by the Red Berets and the Tigers.

Tigers chief Arkan was indicted by the Hague court but shot dead in Belgrade in 2000.

Stanisic and Simatovic were transferred to the court in 2003, after being arrested in a sweep by Serbian police following the assassination of Serbian reformist prime minister Zoran Djindjic.

Their trial began in 2008, and they were acquitted in 2013, but then the tribunal ordered a retrial in 2015 — only the second time in its history an acquittal had been overturned.

Appeals judges found by a majority that the original trial judges had “erred” by saying that Stanisic and Simatovic could not be criminally responsible because they did not give the units specific orders to carry out the crimes.

The retrial started in 2017, with final arguments taking place in April 2021.

Long a shadowy figure in the wars, Stanisic was seen in public for the first time in early 1995, when as Milosevic’s special envoy he negotiated with the leadership of the Serbs in Bosnia for the release of several hundred UN troops.

Stanisic was sacked in October 1998 ahead of the escalation of the 1999 war in Kosovo, reportedly because he disagreed with Milosevic’s repressive policy towards the ethnic Albanian majority in the province.

Unsafe Passage: on board a refugee rescue ship racing for Europe – video 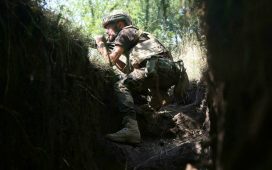