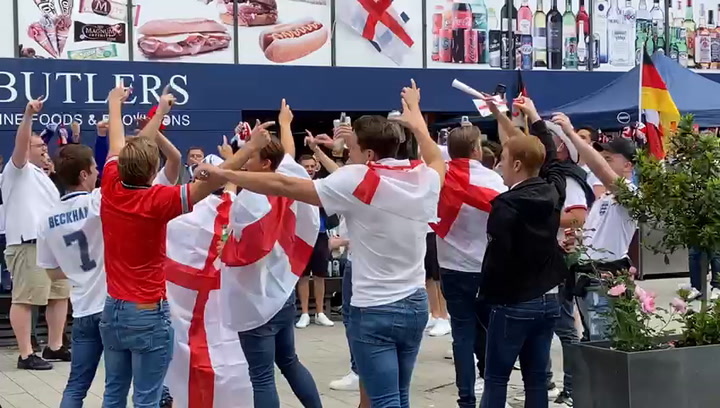 Raphael Varane’s future will be in the spotlight now that his Euro 2020 dream is over.

Switzerland stunned the reigning World Champions France by sending them out in the last 16 thanks to one of the most dramatic comebacks in major tournament history.

The French were leading 3-1 heading into the latter stages in regulation before the Swiss scored two late goals to force extra time and penalties as Kylian Mbappe’s missed spot kick would send the Euro 2016 finalists crashing out earlier than many expected.

After some time off, it will soon be back to domestic duties for the players as the new season fast approaches.

Raphael Varane has been linked with a move to Manchester United
(

And there are a few players from that French side with futures up in the air including Mbappe and Varane.

It’s the centre-half who is of interest to Manchester United as Ole Gunnar Solskjaer looks for a suitable playing partner for Harry Maguire for their Premier League title bid.

In truth, it isn’t the first time the Varane to United rumours have emerged, but this time it feels there is some substance to them.

United would be Varane’s preferred destination as he looks to experience a new challenge after almost a decade in Spain’s capital, according to The Independent.

But would Real Madrid be willing to part ways with the defender?

Well, the fact the club are entering a transitional phase under Carlo Ancelotti and have already got some senior players like Sergio Ramos off the books only bodes well for the Red Devils.

And Florentino Perez has hardly put up a ‘not for sale’ sign with his latest comments.

The Madrid president insists his side have not received any official bids for Varane but it’s up to the defender to directly tell the club he wants to leave this summer.

Varane has done exactly what has been asked of him by making it clear that he would like a move to Old Trafford.

The stars could be aligning for United who might finally land their long-term target this summer.