NEWSCABAL > politics > Vanity, thy name is Dilyn – yet still we lap up the PM’s cheery brand of puppy propaganda | Catherine Bennett
politics

Vanity, thy name is Dilyn – yet still we lap up the PM’s cheery brand of puppy propaganda | Catherine Bennett


‘A statesman,” Hitler told his official photographer, Heinrich Hoffmann, “does not permit himself to be photographed with a little dog, however amusingly winning it may be.” Hoffmann, who records this precept in his memoir, Hitler Was My Friend, was never allowed to publish a picture of Hitler with Eva Braun’s Scottish terrier, Burli. His employer’s fear of ridicule was too great. “A German sheepdog is the only dog worthy of a real man,” Hitler said. Glimpses of his bare body were suppressed for the same reason. “From the moment he saw a photograph of Mussolini in bathing trunks he lost all respect for him as a statesman.”

Here is one respect, then, in which photographic propaganda has moved on, at least in the UK, since the 1940s. However conventionally phony Boris Johnson looks in the countless, continually multiplying official images that have chronicled his rise to power – from his pretend gun-aiming as mayor to his fake vaccine inspections today – he has not shrunk from adding a small dog to the mix. While Kim Jong-un defines pet dogs as capitalist decadence, and Vladimir Putin perpetuates Hitler’s commitment to the strong dog = strong leader fallacy, Johnson, possibly accepting that his terrier is the least decadent thing about him, has actively cultivated identification with the animal to the point that it can now substitute for its master.

Last week, Johnson’s dog was photographed, rather as a young royal makes her solo debut, by one of Downing Street’s rapidly expanding team of official photographers. Caption: “Dilyn in the snow.” It may even have been the plan for the healthy dog to become a more reliable symbol of national recovery, in partnership with a local cat (also officially photographed), than anything his owner’s government has left to offer. Where Johnson, always suppressing a smirk, struggles with the task Roland Barthes identifies in Photography and Electoral Appeal, of being “the very definition of the photogenic”, Dilyn has excelled to the extent of mastering the difficult thoughtful gaze, “where all political contradictions are solved”.

Even Rishi Sunak, who would like to make shirtsleeved cerebration his signature look, is outshone by Dilyn when it comes to an elevated expression in which, Barthes wrote, “the gaze is lost nobly in the future, it does not confront, it soars, and fertilises some other domain, which is chastely left undefined”.

In the event – and it’s probably no reflection on either the dog or the ability of the photographer inspired to run with “pup in snow” iconography – the new pictures only renewed astonishment at the prodigious sums of public money now being spent hiring staff to create the crass official images of Boris Johnson that now pervade, in the absence of better material, the UK media. Early in his second term as prime minister, national picture editors complained they were being excluded from recording “historic moments” like the hour of Brexit; reduced to circulating official snaps of gong-banging or nothing at all.

A Downing Street apologist was asked how Downing Street can now justify paying three vanity photographers, where there were recently none, with one, Andrew Parsons, on the equivalent of £100,000 a year. The asinine response was derisively recorded, even in usually cooperative outlets. Even David Cameron eventually accepted that spending on the helpful but pricey Mr Parsons could not be classed as essential. Before that, Tony Blair, Johnson’s closest rival for extreme vanity, invited photographers in irregularly, and then, when you look at the results, more with the intention of emulating the serious-minded chroniclers of Kennedy, Clinton or Obama than of flooding the country with approved images in the manner of Stalin or, if you prefer, Elizabeth Hurley.

In fact, considering the fuss about Ms Hurley’s recent poses in the snow (“thirsty and creepy”, Piers Morgan), whose purpose was chiefly to sell bikinis, the media has been astonishingly receptive to Johnson’s more intensive posturing. That he is as ridiculous a show-off as the most desperate influencer, always with that lumbering hint of chimps’ tea party, perhaps explains why his administration’s distribution of free images has for so long been indulged, rather than recognised as just another line in falsehoods. The most familiar images of Boris Johnson are now those created and selected for his benefit by a photographer, Parsons, who when Johnson decided to resign from Theresa May’s cabinet, set up the scene in which our hero, pen in pudgy hand, demonstrated that statesmanlike, as Hitler noted, is one of the hardest looks to pull off.

Parsons himself has shared that, as an insider, he sees “the side of Boris normal people don’t associate him with, the serious side”. Assuming this side actually exists, why would that be? Since Johnson’s photographers do not risk death or exile if they refuse to portray him in virile poses that even Putin might reject as contrived, they could maybe consider replacing some of the thumbs-ups, clenched fists and exultantly raised arms with a less retrograde or even, more nuanced aesthetic. Just a thought. The acclaimed photographer of Reagan and of Obama, Pete Souza, successfully captured both the highs and lows of these presidencies – though admittedly his mission was not to manipulate the public while undermining independent colleagues.

While Johnson’s expanded team of apologists is fully as propagandist, their narratives can at least, as in the case of Dilyn, be subjected to examination or contempt. The photographs are more resistant to interrogation. We don’t know, for instance, what impelled Johnson to perform, in a bizarrely choreographed Parsons picture, an extended-arm thumbs-up that would have been invisible to Joe Biden even if the president had actually been on the line. There was some nonsensical speculation, courtesy of Robert Peston, about unconvincing telephone apparatus. No suspicion adhered, however, to the picture’s truly misleading message: that Johnson, our dear guiding star, had triumphed again. It duly appeared everywhere.

• Catherine Bennett is an Observer columnist 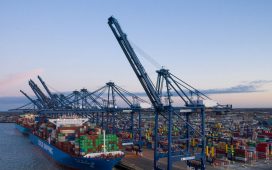 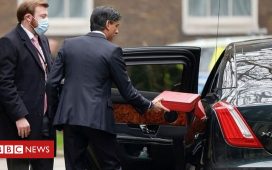 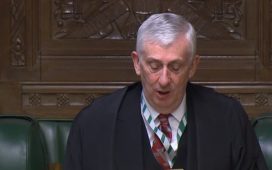 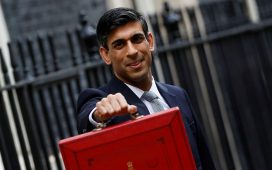