Donny van de Beek has been instructed to hold showdown talks with the Manchester United board to clarify his role at the club.

The advice has come from Netherlands great Ronald de Boer, who has warned his compatriot he’s in danger of being overlooked for Euro 2020 due to his lack of game time.

The warning comes as Ole Gunnar Solskjaer was slammed by Man United fans for his “disgraceful” decision to bring Van de Beek on with two minutes left on the clock, in the Carabao Cup semi-final defeat by Man City.

De Boer told AD: “Euro 2020 is coming, he will undoubtedly want to be there. Maybe it would be good for him to discuss with the club exactly what they want with him.

“If the view on playing time does not improve, he may have to declare that he should be loaned or even sold.

“You have to be lucky every now and then. Of course it doesn’t look great now, but with a great performance it can suddenly change completely.

“We also don’t know what’s going on behind the scenes. Perhaps they have made certain agreements with his transfer, they will get him ready for next year this season.

“That always remains a bit of a guess.”

Van de Beek has featured sporadically for Man United ever since joining from Ajax, and had to wait until late November to start his first league game.

Solskjaer was using the Dutchman regularly in the Carabao Cup, and he featured in United’s quarter-final victory over Everton on December 23.

But since then Van de Beek played no football over the Christmas and New Years period and was subsequently dropped for the defeat by City.

Solskjaer’s decision to bring the midfielder on with just 120 seconds left to play was met with an angry response from fans.

One tweeted: “Donny Van de Beek coming on with less than five minutes is disgraceful. It’s like, OK, here’s a few minutes so you can get some game time.”

Ahead of the City defeat, Van de Beek was advised in the Dutch press to “pack his bags straightaway” if he was left out of the fixture. 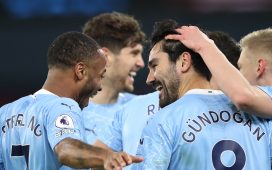 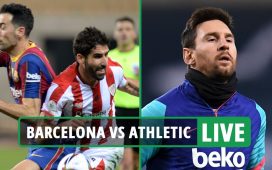 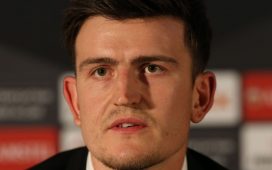 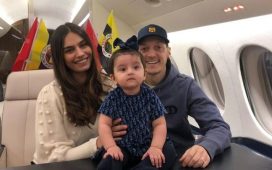