Valneva’s Covid-19 vaccine elicits a stronger immune response with far fewer side effects than the Oxford/AstraZeneca jab, according to trial results published a month after the UK terminated a €1.4bn deal with the French vaccine maker.

The first data from the phase 3 trial showed that participants who were given the Valneva vaccine had more neutralising antibodies than those who received the AstraZeneca shot.

Significantly fewer participants receiving the Valneva vaccine suffered from side effects, with no serious adverse events reported. Many countries have restricted the use of the AstraZeneca vaccine to older populations, or dropped it completely, because of a rare blood clotting side effect.

“We . . . continue to believe that we will be able to make an important contribution to the global fight against the Covid-19 pandemic,” said Thomas Lingelbach, Valneva’s chief executive.

Adam Finn, professor of paediatrics at the University of Bristol and trial chief investigator, said the immune responses were “both impressive and extremely encouraging”.

“This is a much more traditional approach to vaccine manufacture than the vaccines so far deployed in the UK, Europe and North America and these results suggest this vaccine candidate is on track to play an important role in overcoming the pandemic,” he said.

Shares in Valneva rose 43 per cent on Monday. They had fallen 42 per cent in one day last month after the UK government said it was ending its agreement to purchase at least 100m doses of the vaccine. The government accused the vaccine maker of being in breach of the deal, which Valneva strenuously denied.

The trial of more than 4,600 people was smaller and designed differently than the previous phase 3 studies. The vaccine was compared with the AstraZeneca shot because since approved jabs became available, it is no longer seen as ethical to use a placebo. The trial compared antibody levels with those elicited by the AstraZeneca vaccine, rather than producing an overall efficacy rate, based on the numbers who became sick. There were no severe cases of Covid-19 in either group.

When the UK cancelled the contract, people familiar with data from a separate trial to assess booster doses said Valneva’s vaccine had performed less well than others. The results of that trial, called Cov-Boost, are yet to be published. Valneva has not responded to a request for comment.

About four-fifths of people aged over 12 in the UK have received a complete course of vaccination. The UK is likely to focus only on shots whose utility in boosting has been demonstrated.

The UK government had invested in Valneva’s Scottish manufacturing plant in Livingston, in part to shore up domestic production of vaccines. When it announced the investment in August 2020, Kwasi Kwarteng, then business minister, described the factory as a “vaccine production powerhouse”. 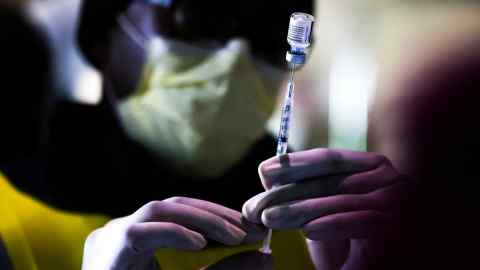 Ministers have been accused of failing to give an adequate explanation for why they suddenly cancelled the contract. Sajid Javid, the health secretary, originally told the House of Commons that the vaccine would not receive regulatory approval.

But Javid was forced to correct the ministerial record, explaining that he had meant to say the vaccine had not yet won approval. That prompted Clive Dix, former deputy chair of the Vaccine Taskforce, to call for Javid’s resignation.

Hannah Bardell, SNP MP for Livingston, said British ministers had questions to answer about why they cancelled the Valneva contract. “They need to urgently rethink their decision,” she said.

The government did not immediately respond to a request for comment.

Valneva has begun a rolling submission to the UK’s Medicines and Healthcare products Regulatory Agency and is preparing to start the application procedure for conditional approval in the EU. 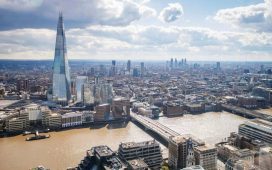 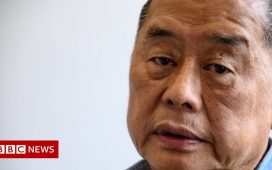