As Valéry Giscard d’Estaing became the Grand Old Man of French politics – a position he held for at least two decades – it became harder to recall the intellectually brilliant and reforming politician who in 1974 became the Fifth Republic’s youngest president.

Giscard, who has died aged 94, was 48 when he became president and only 55 when he stopped, after one seven-year term, meaning he experienced his political career go into decline at an age when most of his contemporaries were only just making a bid for high office. Thereafter Giscard fought to remain relevant, particularly in European politics, as he saw off his bitter rivals – François Mitterrand and Jacques Chirac – to become the longest lived former French president in history. It would be a mistake, however, to remember Giscard, or VGE as he was often known, solely for his longevity.

His presidential victory brought a fresher, more socially liberal and modernising figure to the Élysée Palace after the stuffy postwar authoritarianism of General Charles de Gaulle and Georges Pompidou. Giscard arrived at the tail end of the “Trente Glorieuses” – the 30 golden years of postwar economic prosperity in France – and swept out some of the dust: reducing the voting age to 18; introducing divorce by common consent and the legalisation of abortion; overseeing the creation of France’s high-speed TGV rail network and promoting nuclear power as a pillar of French independence.

Giscard called himself the “conservative who likes change” and a “normal president”; he shunned the ceremonial dress of his predecessors, preferring navy blue suits and ties, albeit bespoke from Savile Row, for his official portrait.

See also  Who is Juncker replacement nominee Ursula von der Leyen? What does she say on Brexit?

To boost the idea that he had the common touch, he was photographed playing football and the accordion, while his wife, Anne-Aymone de Brantes – who had a genuine aristocratic background – was pictured by Paris Match magazine in the Élysée kitchen, brandishing a shiny pan that had clearly never been anywhere near a stove, held in the tips of fingers that had perfectly manicured nails.

Despite attempts to paint himself as a people’s president, a JFK à la Française, Giscard was always grand, claiming to be descended from Louis XV and suffusing the presidential office with the regal mien of a republican monarch. His PR forays into popular style, including inviting refuse collectors to breakfast at the Élysée and turning up unannounced to dine with French families, were considered condescending by the country’s press and he was sometimes accused of haughtiness and snobbery.

Margaret Thatcher as British prime minister is said to have found him patronising and there was not a great deal of warmth in their relationship. “She was not very pro-European,” he said. “She was ardently pro-British, and she saw Europe as a large free-trade zone.”

Giscard was born in Koblenz, Germany, during the French occupation of the Rhineland in the aftermath of the first world war. He was the second of five children, and the elder son, of a high-ranking civil servant, Edmond Giscard d’Estaing, and his wife, May (nee Bardoux). Edmond Giscard had adopted the noble-sounding d’Estaing to the family name in 1922, linking it to a lineage officially extinct in the late 18th century.

The family was well off and set out to offer the young Valéry as many advantages as possible for a high-flying career that was mapped out from the cradle. He was educated at the prestigious Louis-le-Grand lycée in Paris but interrupted his studies to join the army after the outbreak of the second world war.

Although Giscard’s father was a strong supporter of the Nazi collaborationist Vichy government and was decorated by its leader, Marshal Philippe Pétain, Giscard declared his support of the exiled De Gaulle and was drafted into the French Second Armoured Division as a brigadier after it landed in Normandy in 1944. He was later awarded the Croix de Guerre for bravery under fire.

After the war, he was admitted into France’s top grande école, the Polytéchnique, in Paris, and went on to attend the newly founded Ecole Normale d’Administration, the hothouse for France’s civil service and political elite.

His family connections with big business and his aristocratic marriage to Anne-Aymone in 1952 were important advantages in his rapid political advancement. He became a member of the Assemblée Nationale at 30 after winning a traditional family constituency in the Auvergne and was a junior minister at 33.

Five years later, in 1962, he was made minister of finance under De Gaulle, who predicted the young, ambitious politician would one day betray him, but that Giscard would do it “elegantly”. As foretold, in 1969 Giscard led internal rightwing opposition to De Gaulle’s referendum on abolishing the senate – the French parliament’s upper house – and was largely instrumental in De Gaulle’s humiliating defeat and resignation.

When De Gaulle’s successor, Pompidou, died in April 1974, five years into his seven-year mandate, Giscard stood and narrowly beat Mitterrand. He was the first French presidential candidate to appreciate and use television appearances to boost his election campaign.

While responsible for many modernising reforms, including loosening government control over state-financed radio and television, Giscard refused to abolish the death penalty, and three people were executed by guillotine during his term in office. He told journalists 10 years ago that he would probably have maintained the death penalty if re-elected. It was finally abolished in 1981 under Mitterrand.

The second global oil crisis, in 1979, brought the Trente Glorieuses to an abrupt end, throwing Giscard’s economic programme off track and leading to record inflation in France. Partly as a result of the crisis, he accelerated a campaign for European unity, mainly through a close friendship with the West German chancellor Helmut Schmidt. Between them, they persuaded Europe’s partners to hold regular summit meetings and set up the European monetary system. On the wider international field, Giscard was the first western leader to support the Soviet leader Leonid Brezhnev in establishing the Helsinki agreement.

But in Africa, where he oversaw French military intervention in Chad, Zaire (now the Democratic Republic of the Congo) and Mauritania, Giscard risked his reputation through his friendship with the Central African emperor and tyrant Jean-Bédel Bokassa. The French president was ridiculed by the press for receiving gifts of diamonds and a hunting lodge from the dictator, who accompanied Giscard on safaris.

Press attacks over this issue led to Giscard abandoning the relaxed approachable style he had adopted in the early months of his presidency and eventually he seemed isolated from the electorate. His acceptance of the gems from Bokassa, later reported as the “diamond affair” by the satirical newspaper Le Canard enchaîné, would return to damage his re-election campaign.

Giscard had appointed Chirac his prime minister but relations between the two men quickly soured and in the 1981 presidential campaign, Chirac, a rightwing Gaullist, supported the socialist Mitterrand. When Giscard finally left the Élysée after handing over power to Mitterrand, he was booed and spat on by the crowd.

Chirac’s betrayal caused a rift that lasted until his death last year. Giscard did not accept defeat gracefully and sought to remain in the political limelight, never missing an opportunity to snipe at Chirac from the backbenches of the Assemblée Nationale.

His attempts to maintain a high political profile were continually frustrated, although he won elections as a deputy and an MEP, and as president of the regional council of Auvergne, based in Clermont-Ferrand. He never fully recovered from the ridicule and suspicion aroused by his friendship with Bokassa and his attempt to introduce a European constitution, which he himself drafted, was killed off after French voters rejected it in a 2005 referendum.

Like many French presidents, Giscard was notoriously unfaithful to his wife. After it was reported that he had crashed a Ferrari borrowed from the film director Roger Vadim into a milk float in the early hours of a September morning in 1974, with a celebrated actress in the passenger seat – an incident he later denied – he was nicknamed Valéry Folamour (Crazy Lover).

In 2009 he wrote a novel called The Princess and the President, about an affair between an elder French statesman and a certain Patricia, Princess of Cardiff, a barely disguised Diana, Princess of Wales, whom he had met and admired. Afterwards, Giscard insisted the affair was “fiction” and a figment of his writer’s imagination. In May this year, a German journalist filed a legal complaint against Giscard, alleging he had repeatedly grabbed her after an interview in 2018.

Giscard was the first sponsor of the Musée d’Orsay, the Paris museum dedicated to 19th-century art and architecture, but perhaps the French should remember – and thank – him as much for what he stopped than what he allowed. One of his first actions as president was to halt development schemes to build skyscrapers and office towers in Paris, insisting that its monumental treasures and unencumbered skyline should be preserved.

He is survived by Anne-Aymone and three of their four children, Valérie-Anne, Henri and Louis. The couple’s younger daughter, Jacinte, died in 2018. 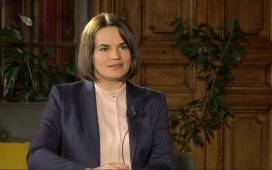 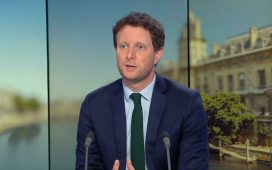 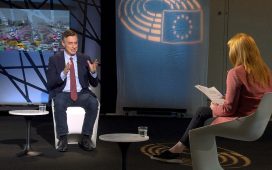 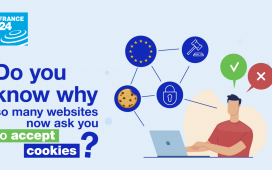