GP surgeries in England are being sent the Oxford Covid vaccine with reports doctors are being urged to “stand down” routine care.

The drive to mass vaccinate the population will gather pace with the jab available at 180 GP-led services from Thursday, NHS England said.

It comes as the UK faces a race to protect the population after the daily reported death toll topped 1,000 for the first time since April.

Record numbers are also currently in hospital with coronavirus, with a further 3,500 admitted in England on Monday January 4.

Boris Johnson, who was given the overwhelming backing of MPs for the latest lockdown, warned that there was now a race between the spread of the virus and the delivery of vaccines to the most vulnerable.

Meanwhile, the Daily Telegraph reports that family doctors have been instructed
to “stand down” routine care and prioritise Covid vaccinations, so the NHS can meet its target of 14 million jabs by next month.

GPs have reportedly been issued guidance telling them that delivering the vaccine should be their “top priority”, with advice to “postpone other activities”.

“After the marathon of last year we are indeed now in a sprint, a race to vaccinate the vulnerable faster than the virus can reach them,” the Prime Minister told MPs yesterday as Parliament approved the new lockdown that could last until April.

“Every needle in every arm makes a difference.”

It is hoped that more than 700 sites will be delivering vaccines by the end of the week, with the Oxford/AstraZeneca vaccine easier to administer given it can be stored at fridge temperatures, unlike the Pfizer jab which requires storage at minus 70C.

Vaccines minister Nadhim Zahawi admitted the target of vaccinating around 14 million people in the highest priority groups – including the elderly, those with clinical needs, care home residents and staff as well as frontline NHS workers – by February 15 was “stretching”.

Some 1.3 million people have already received either the Pfizer/BioNTech or Oxford/AstraZeneca jab.

According to a report in the Daily Mail, the bid to increase the speed of inoculations will see the approval period needed for Covid vaccine batches slashed from 20 days to just four.

The Medicines and Healthcare Regulatory Agency (MHRA), the body responsible for the checks, is also set to increase staffing in a bid to accelerate the programme, the paper reported.

Ministers have already decided, in a move queried by the World Health Organisation (WHO), to administer the first jab to as many priority patients as possible by delaying a second shot.

The second jab will be given 12 weeks later to prevent current supplies from being held back. In the clinical trials, vaccine recipients received a follow-up shot within three weeks.

Mr Johnson was given approval for the latest lockdown in the Commons but faced rebellion within his ranks, with 12 Conservative MPs voting against the stay-at-home rules. They were joined by four DUP MPs opposing the regulations.

In the face of pressure from senior Tories to commit to easing the restrictions – which came into force on Wednesday and were being voted on retrospectively by MPs – as soon as possible, Mr Johnson said there would be “substantial opportunities” for relaxation before March. 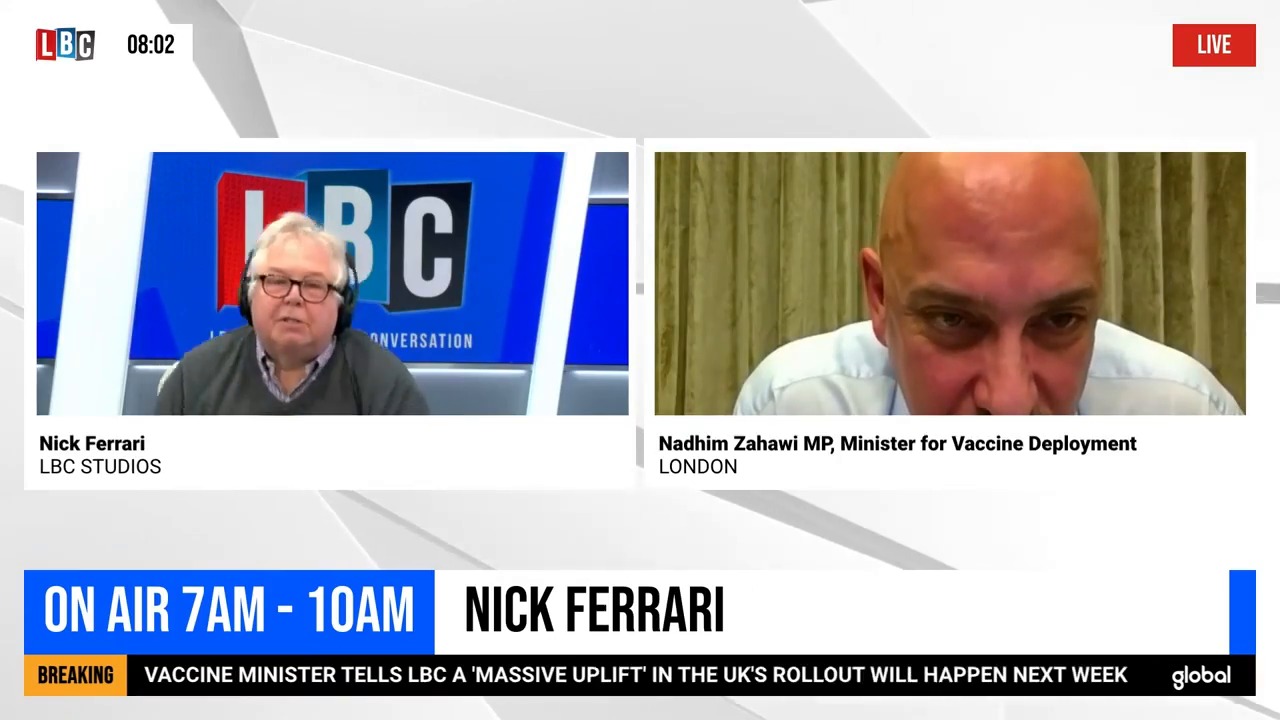 Mark Harper, ex-government chief whip and chairman of the lockdown-sceptic Covid Recovery Group, said the restrictions should be reviewed “in the middle of February” once the most vulnerable had been vaccinated, as per the Government’s aim.

The result came as Government data confirmed that the Covid death toll had once again reached levels not seen since the peak of the first wave in 2020.

The figures, however, continue to be affected by a lag in the publication of recent data and contain some deaths that took place over the Christmas and New Year period that have only just been reported.

Of the 1,041 new deaths, around a third took place before January 1, while some 100 took place in the seven days up to Christmas Day.

After the latest mortality figures were released, Labour leader Sir Keir Starmer said ministers had to shoulder some of the blame.

“This is a tragedy. It’s not bad luck. It was not inevitable,” he tweeted.

“The Government has been too slow to react. We now need a national effort to get our country vaccinated.” 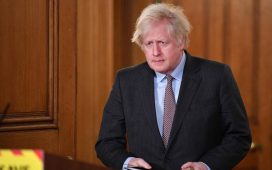 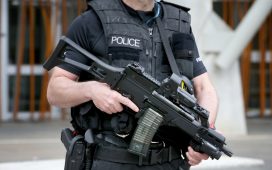 Key questions PM must answer on his handling of Covid crisis 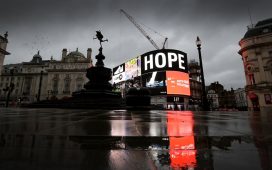 Key dates: How lockdown restrictions will be lifted as timeline unveiled for first time 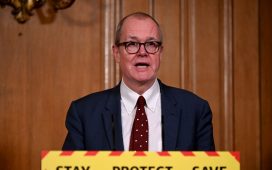 Covid cases, hospitalisations and deaths all 'plateauing and starting to fall'