Some Imo elder statesmen have expressed concern over the face-off between Governor Hope Uzodimma and Senator Rochas Okorocha, with a call on citizens not to allow the tension degenerate into breakdown of law and order.
Okorocha, who is the Senator representing Imo West at the National Assembly, was arrested on the order of the state government for forcibly breaking into a property the government had sealed.
Okorocha had reportedly led his group to the Royal Spring Palm Hotel and Apartments sealed last Friday by Imo Sate Government, cleared the security vehicles mounted in front of the entry to guard against trespassers, destroyed the padlock that sealed the property and moved in with his supporters.
The multiple storey building, located in the Akachi axis was allegedly built by Nkechi, wife of the former governor.. It was gathered that last Friday, the state’s Commissioner for lands, Enyinnaya Onuegbu, had led some government officials to seal the premises in compliance with the recommendations of a judicial panel set up by Governor Hope Uzodimma that looked into lands illegally acquired between 2006 and May 2019.
The face-off that ensued led to the arrest of the former governor and his 14 supporters by the police. By Monday, the police arraigned Okorocha’s supporters in court where they were granted bail in the sum of N70 million by Magistrate B.U Adike. Okorocha was not arraigned.
But, in a statement on the incident, a group of elder statesmen under the auspices of Concerned Imo Elder Statesmen condemned what they referred to as “Senator Okorocha’s unlawful entry into the premises of Royal Spring Palm Estate already taken possession of by the Imo State government after due process, as outlined above.”
The statement was endorsed by the Obi of Obinugwu, Eze C.I. Illomuanya, Chancellor, Federal University, Birinin Kebi, Kebbi State; Chief Ralph Obioha (Okpuruisi Zuruoha II); Rt. Hon Maxwell Duru (Omeudo Okigwe); Prince Lemmy Akakem (Okpata Ozuoha of Owerri) and Chief (Sir) Simon Udunka, a Commissioner under Governor Sam Mbakwe.
The elders equally condemned Senator Okorocha’s action of personally leading unauthorized persons to break into the property, knowing full well that such an action is tantamount to challenging the authority of security agents that were lawfully deployed to guard the property; and that any possible clash arising there from may lead to a breach of public peace. 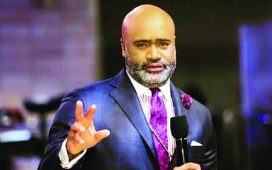 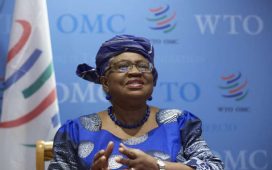 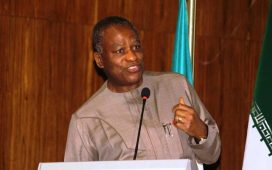