The Utah man accused of murdering University of Utah senior Mackenzie Lueck is avoiding the death penalty by pleading guilty to the June 2019 case. Ayoola Ajayi, a 32-year-old former Army IT specialist, pleaded guilty to aggravated murder and abuse or desecration of a human body in Third District Court on Wednesday. Several charges were dropped as part of the plea agreement. In a statement to The Daily Beast, Salt Lake County District Attorney Sim Gill revealed that Ajayi also pled guilty to forcible sex abuse in a separate case and will spend the rest of his life in prison without the possibility of parole. “The entry of the pleas today starts the process of bringing some closure and a measure of justice to the Lueck family,” Gill said.

Lueck disappeared on June 17 after flying into Salt Lake City from California around 2 a.m. Authorities say the 23-year-old took a Lyft from the airport to a local park, where she is believed to have met up with Ajayi around 3 a.m. local time. Phone records show Lueck started texting with Ajayi one day prior and sent her last text to him before 3 a.m., County District Attorney Sim Gill has previously said. Ajayi told police he texted Lueck on June 16, but didn’t communicate with her after that. He also denied ever having seen a picture of Lueck despite having multiple photos of her on his phone, police said. Lueck’s charred body was found on July 3 in a shallow grave about an hour from the park.

Read it at KSL-TV

South Africa: Director and Company to Appear in Court for Over R4.8 Million Fraud 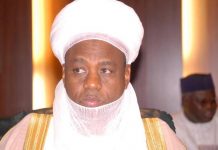