Mechanicals across the range are more solid than you might expect of a 1980s British car (save for some well-known niggles with the 2.9-litre engine), so why has the XJ40 yet to achieve bona fide classic status? Its bodywork is one factor: quite apart from the fact that even some of the most ardent enthusiasts consider this to be one of Jaguar’s more tepid designs, it’s also prone to corrosion. Wings, arches, bootlids and, more seriously, the bulkhead are the most fragile areas, and because the XJ40 remains relatively low in value, they can still send an otherwise clean car to the scrapheap when they crumble.

So do your bit for this disappearing British icon. The suave XJ-S coupé is well on its way to unattainability and daily-driven Mark 2s have long been a thing of the past. The XJ40, on the other hand, is a real down-to-earth wafter, and you can still bag a good example if you know where to look.

Sebastien Turin: “The 2.9 is a mix between Jaguar’s AJ6 and V12 engines with some XK parts. It’s prone to head gasket failure, and the head can be badly damaged. Because the engine is a bit weak, people use them too harshly. The 3.6 is more revvy and has a sportier feeling, but it has no oxygen sensor, so some people would consider it less reliable, because it can’t compensate for something like a small air leak.”

■ Engine: The mammoth V12 is durable, but its MPG figures will be in the single digits around town. The straight sixes like to eat head gaskets, so check for creamy oil and white smoke from the exhaust. Timing chain tensioner failure is one to avoid – best to replace as a precaution. Many enthusiasts dismiss the smaller six-pots on the grounds of lacklustre performance and poor frugality.

■ Bodywork: Structural components age well, but bodywork is susceptible to tin worm, particularly on pre-1989 cars. The bootlid is usually the first to go, but this can be replaced. Of greater concern, and usually fatal, are crumbling inner wings, bulkhead and sills. Also examine the front end, where the subframe can rust if drains haven’t been drilled. If you find a solid car, coat its underside with Waxoyl and clean it regularly.

Buy them before we do: second-hand picks for 25 September 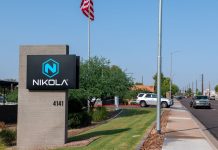