The US has returned to international climate action with a focus on helping the most vulnerable on the planet, Joe Biden’s climate envoy announced at a global climate summit on Monday, promising financial assistance for those afflicted by the impacts of climate breakdown.

John Kerry told world leaders at the virtual Global Adaptation Summit: “We’re proud to be back. We come back with humility for the absence of the last four years, and we’ll do everything in our power to make up for it.”

He called on countries to “treat the crisis as the emergency that it is” by reducing greenhouse gas emissions, and warned that the costs of coping with the climate change were escalating, with the US alone spending more than $265bn (£194bn) in one year after three storms. “We’ve reached a point where it is an absolute fact that it’s cheaper to invest in preventing damage or minimising it at least than cleaning up.”

Current greenhouse gas emissions, he said, put the world on track to experience, “for the most vulnerable and poorest people on earth, fundamentally unliveable conditions, so our urgent reduction in emissions is impelled by common sense”.

Kerry said the climate was a top priority for Biden. “We have a president now, thank God, who leads and tells the truth … and he knows that we have to mobilise in unprecedented ways to meet this challenge that is fast accelerating, and we have limited time to get it under control,” he said.

He said the US was working on a national plan, known as a nationally determined contribution (NDC) to be submitted to the UN under the Paris agreement, for emissions reductions to 2030. That would be published “as soon as practicable”, he promised.

There would also be financial assistance to the poorest and most vulnerable, he promised. “We intend to make good on our climate finance pledge,” he said.

Financial assistance from the US to poor countries suffering the impacts of climate-related disasters all but dried up during the Trump administration, as the US refused to continue payments into the global Green Climate Fund.

The UN secretary-general warned, in an interview with the Guardian last December, that without the $100bn a year in climate finance which has long been promised to flow to poor countries by 2020, the developing world would lose trust.

Kerry warned that adaptation to the impacts of extreme weather must go along with drastic reductions in emissions. “There is no adapting to a 3C or 4C world, except for the very richest and most privileged,” he warned.

“Some of the impacts are inevitable, but if we don’t act boldly and immediately by building resilience, we will see dramatic reversals in economic development for everybody, and the poorest and most vulnerable communities will pay the highest price,” he warned.

Kerry called for all countries to come forward to the forthcoming UN Cop26 climate summit, in Glasgow this November, with commitments to reach net zero emissions by mid-century and national plans to reduce greenhouse gases in the next decade. 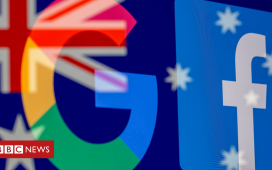 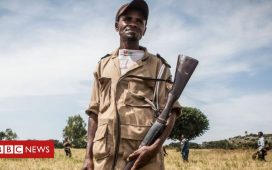