NEWSCABAL > health > US Covid death toll could rise as high as 596K by May 15, CDC predicts
health

US Covid death toll could rise as high as 596K by May 15, CDC predicts


The U.S. COVID-19 death toll could rise as high as 596,000 by the end of the week ending in May 15, the Centers for Disease Control and Prevention (CDC) predicts.

In its latest forecasts, the CDC looked ahead to an ‘uncertain’ future, estimating that weekly deaths could fall or rise in the coming weeks.

Anywhere from 2,100 to 8,800 new deaths are expected to be reported in the week ending in May 15. Last week, 5,131 Americans died of coronavirus, according to a DailyMail.com analysis of Johns Hopkins University data.

The CDC predicts deaths will decline in two jurisdictions in the U.S. (inclusive of its territories) in the next two to four weeks, while remaining stable or rising in the rest of the country. An average of its prediction range that deaths will rise slightly over the next month, with 5,209 fatalities in the week ending in May 15.

Average daily deaths have been falling for the past 10 days in the U.S. However the recent rise in cases – which hovered between 60,000 and 70,000 a day for the past three weeks – could mean an increase in deaths is on the horizon.

But as of Tuesday, the average daily caseload was down slightly to 65,000, with just 54,672 new infections reported that day, according to Johns Hopkins. 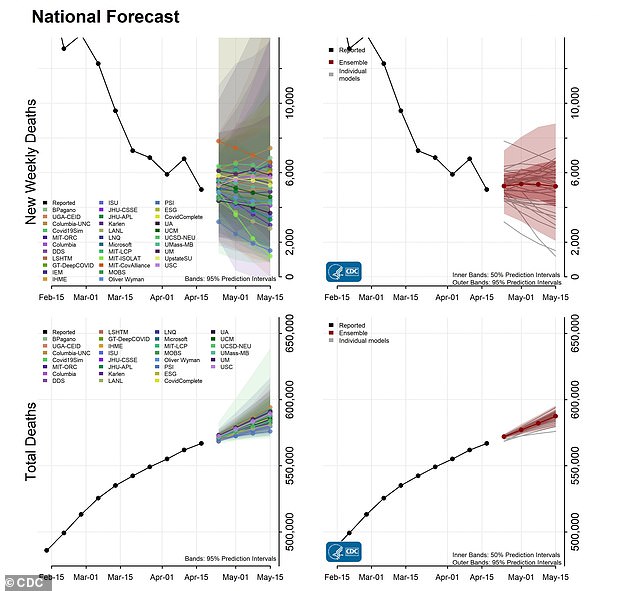 The U.S. COVID-19 death toll could rise as high as 596,000 by the end of the week ending in May 15, the Centers for Disease Control and Prevention’s latest forecasts predict 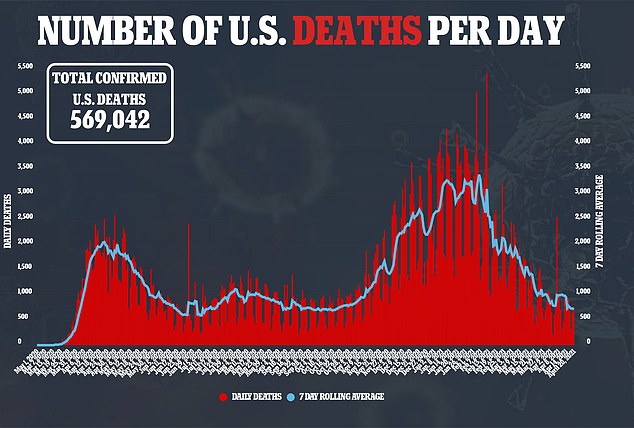 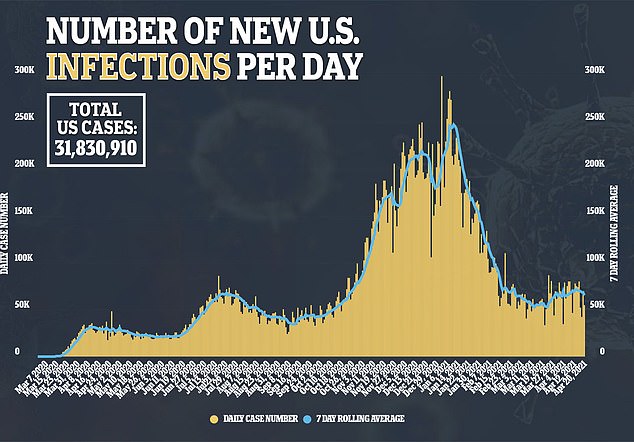 The downward trend in daily deaths continued with the average falling to 718 a day, with 776 fatalities yesterday.

Hospitalizations are up slightly, however, rising one percent to 5,613 compared to the previous week.

One state in particular saw a considerable leap in hospital admissions.

In just 10 days, the number of daily hospitalizations rose by 20 percent in Alabama.

Statistics from the Alabama Department of Public Health showed 362 people were hospitalized Monday for the illness caused by the new coronavirus.

Though up from the 301 patients just 10 days earlier, the total was still just a fraction of the 3,070 patients who pushed the state’s intensive care wards to near capacity in mid-January.

The increase in cases is concerning but doesn’t immediately threaten the state’s health care system because the number of people being treated remains far below levels from earlier this year, said Dr Don Williamson, chief executive of the Alabama Hospital Association.

Also, he said, a major spike in the number of severely ill patients isn’t expected because more and more people are being vaccinated and increasing numbers of patients are young people, who tend to fare better than older patients with health complications. 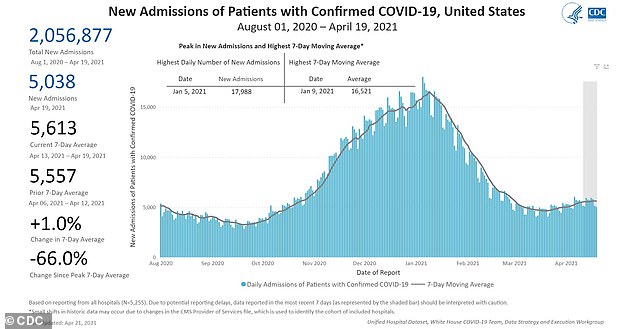 U.S. hospitalizations are up by one percent compared to last week, with 5,613 people currently in inpatient treatment for coronavirus

‘It’s nothing dramatic, but it’s something we need to be aware is happening,’ said Williamson, who previously served as state health officer.

Over the past two weeks, the rolling average number of daily new cases has gone up by 163, an increase of about 50 percent, according to researchers at Johns Hopkins University.

Dr. Scott Harris, who followed Williamson at Public Health, said officials were monitoring the increase in hospitalizations but aren’t yet sure of the cause.

The bump follows spring break, Easter gatherings and the end of the state’s mandatory face mask rule on April 9, any of which could be a factor.

‘The uptick in hospitalizations is just a reminder that our most vulnerable people still need to be cautious,’ he told The Associated Press.

Similar patterns are playing out in states like Pennsylvania and Delaware.

In Pennsylvania, the number of hospitalized Covid patients is up to 2,705, including 561 who are in ICUs.

But that’s still well below the winter peak when more than 3,000 people were in inpatient treatment for COVID-19. 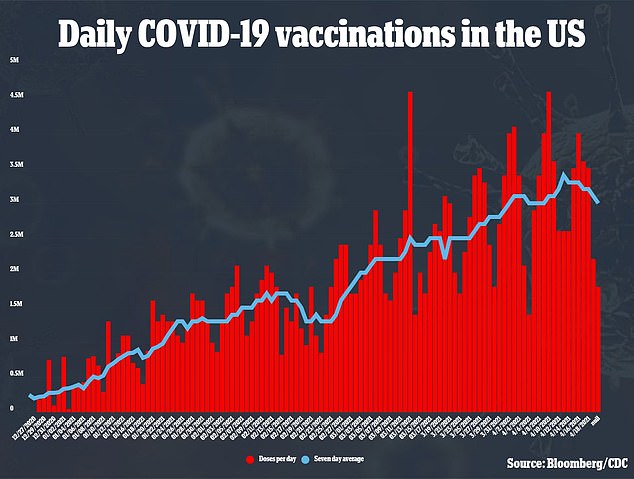 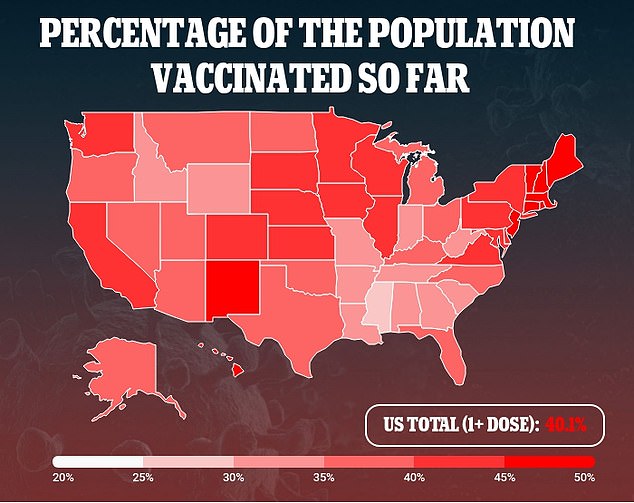 On Sunday, hospitalizations in Delaware hit a high since February 26 with 158 people in inpatient treatment.

The number of people hospitalized there fell as low as 83 on March 11, and has swiftly increased again.

Cases there are trending upward too, with an average of 335 being reported a day.

The upward trend in hospitalizations is sadly not unexpected.

Public health experts warned for weeks and months that Spring Break would full a resurgence for the virus.

However, people getting Covid are trending younger, due in part to the demographics of Spring Break itself, as well as the greater aptitude for variants to infect younger people.

People ages 18 to 24 are getting infected at the highest rates per capita of any age group in the U.S.

While some proportion of young people who get Covid will have to be hospitalized, they are less at risk of becoming seriously ill or dying of the virus.

However, it was only as of this week that vaccinations opened up to anyone 16 and up in all 50 states.

According to CDC data, less than 12 percent of 18- to 29-year-olds have had at least one dose of vaccine, despite making up more than 16 percent of the population.

And a new Kaiser Health Foundation report warned that the U.S. is reaching a ‘tipping point’: Soon, most people who actively want vaccines will have had them, but many more who are hesitant will be unvaccinated, including young people who may think they don’t need the shots because they are less worried they will get severely ill and die of COVID-19.

That could keep the virus circulating actively among Americans, prolong the pandemic and push the death toll toward the upper bounds of CDC’s predictions. 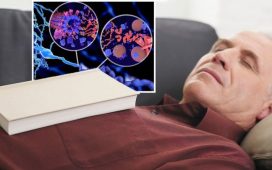 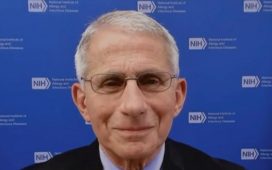 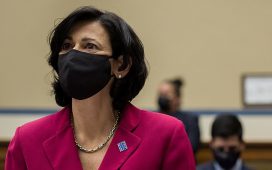 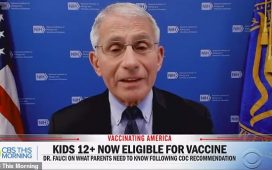