The bosses of some of the world’s biggest companies, including Apple and Amazon, have been told to put the planet before profits – not by environmental campaigners but by other multinationals, including Danone’s US arm, and a unit of Unilever.

A group of more than 30 American business leaders, including the heads of outdoor clothing brand Patagonia, The Body Shop owner Natura, Ben & Jerry’s (part of Unilever) and Danone’s US business, have taken the extraordinary step of taking out a full-page ad in Sunday’s edition of the New York Times to champion a more ethical way of doing business. The advert is aimed at members of the influential Business Roundtable (BRT) lobby group, which represents 181 of the US’s biggest companies.

The letter – addressed to the powerful group that includes Jeff Bezos, the founder and chief executive of Amazon, and Tim Cook, the boss of Apple – is designed to capitalise on the BRT’s recent landmark decision to change its definition of the “purpose of a corporation” from making money for shareholders to include broader goals such as caring for staff and the environment.

“We are part of a community of certified B Corporations who are walking the walk of stakeholder capitalism,” said the open letter. “We are successful businesses that meet the highest standards of verified positive impact for our workers, customers, suppliers, communities and the environment. We operate with a better model of corporate governance – which gives us, and could give you, a way to combat short-termism and the freedom to make decisions to balance profit and purpose.”

READ  The chief financial officer of Debenhams says its 22 store closures is a retail reality.

Billed as a fair trade label for companies, the B Corp movement describes itself as a “global movement of people using business as a force for good”. B Corps commit to focusing as much on social and environmental concerns as they do on profits – the so-called “triple bottom line”.

Andrew Kassoy, the co-founder of B Lab, the charity tasked with growing the B Corp movement, said the BRT statement had been a “moment to celebrate”.

He said: “It’s a significant cultural shift and represents some of the biggest multinationals in the US recognising the problem with shareholder primacy [making as much money as possible for investors]. That it is not producing the right kind of economic progress or addressing inequality or climate change in the way we would like it to.”

The radical change to the mantra of corporate America comes after decades of following Nobel prize-winning economist Milton Friedman’s philosophy, which dates from 1970, that “the social responsibility of business is to increase its profits”. Kassoy said the shift was good news. He said: “The ad is challenging them [BRT] to take action and go beyond the words in the statement.”

The B Corp movement is gaining momentum as the climate crisis coupled with rising inequality has made business leaders question what success looks like in the 21st century. So far more than 3,000 companies globally have become B Corps after completing a certification process, with chef Jamie Oliver recently revealing the ambition to turn his business empire into a B Corp. 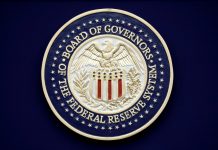 Citizens' wellbeing should be part of G20's priorities, says report 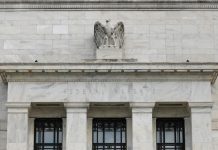