US colleges grapple with Covid safety for impending spring semester


Though the virus is surging across the US, the majority of its colleges will be opening to students in-person in January and February after a tumultuous fall semester when tens of thousands of students contracted Covid-19.

With a lack of national directive on how colleges should operate during the pandemic, strategies to combat the virus’s spread varied widely from campus to campus.

Most schools had some type of hybrid semester, with students living on or near campus to take most of their classes online with some in-person components. Testing strategies ranged from mandatory testing for all students to testing only those who opted in. Some schools suspended students who violated Covid-19 rules, while others had trouble controlling students who lived off-campus. Most required masks and even sold them in vending machines.

But by the end of the fall it became clear that regardless of the strategies a college adopted, the number of students who were on campus and a college’s location often determinedits ability to control the virus’s spread.

The University of Michigan, which has more than 40,000 students, had over 3,000 cases of the virus during the fall semester. Elayna Swift, a senior at the university, could tell the school had a difficult time reining in social gatherings – a struggle shared by many schools.

“During the day, walking around on campus, there seemed to be a pretty good consensus on the fact that everyone needs to be wearing masks and distancing,” Swift said. “But as soon as it got dark, people went to restaurants and bars when they were open, or to parties, indoors or outdoors. People stopped caring and they’d take off their masks and crowd and do whatever they wanted.”

It was the country’s largest public universities that had the highest number of Covid-19 cases in the fall, especially since they are located in states that were hardest hit by the virus.

Those three schools were not alone in their high case numbers: At least 85 colleges across the country have reported over 1,000 cases, while more than 680 campuses had at least 100, the New York Times estimates.

Meanwhile, a handful of schools, particularly small, liberal arts colleges, saw only a dozen or so cases during their fall semester. For example, Colby College in Waterville, Maine, had 15 cases with a student population of 1,800. Sarah Lawrence in Bronxville, New York, had seven cases among its 1,600 students during the fall semester.

Despite the low case numbers at some colleges, in general research has shown reopening colleges has contributed to the spread of Covid-19, particularly when campuses reopened at the beginning of the fall. While the uptick in cases tapered off as students settled on to campuses, many colleges saw surges toward the end of their semester as the entire country was seeing a rise in cases.

Public health experts often point out that traveling, even with the utmost precautions, can contribute to the spread of the virus.

To mitigate this possibility, many colleges are planning to conduct “entry testing” where students are tested before their arrival on campus and will be asked to stay home if they receive a positive test.

Testing at the beginning and throughout the semester has been a key strategy for colleges to understand how and where the virus is spreading on campus, but many schools have faced testing constraints, largely because of the costs associated with testing. Some, particularly the larger public state universities, only offer testing to students who are showing symptoms or who voluntarily come in to get tested. Meanwhile, some smaller, wealthier schools require all students get tested each week.

“Many colleges are footing the bill for the cost of testing. This is a very expensive proposition. Schools that are not well-resourced have a great deal of trouble with financing the testing, having staff to do the testing, having the facilities,” said Gerri Taylor, co-chair of the American College Health Association’s Covid-19 taskforce. If a single test costs $25, testing all students, faculty and staff “quickly adds up”.

Taylor noted some colleges have turned to wastewater testing of dorms, essentially testing human sewage for traces of Covid-19, as a cheaper alternative to traditional Covid-19 testing and one that can catch asymptomatic cases of the virus.

Finding the funds to test and contact-trace while using precious space on a college campus can suck resources but the alternative, moving classes online and potentially losing students, is worse. Many colleges lost some type of revenue this school year for a variety of reasons, including declining enrollment and less revenue from athletic events. Public colleges and universities rely heavily on what is allocated to higher education in state budgets, many of which have been devastated by the pandemic.

Some schools plan to have more people on campus than in the fall, raising concerns from students and faculty alike about what the spring will offer.

Stephanie Smith, an English professor at the University of Florida, was one of 144 faculty members who had requested accommodations to teach remotely for the semester but was denied.

“They’re telling someone like me who is a cancer survivor and also chronic asthmatic that hand sanitizer and PPE is all I need to be safe, which is laughable,” Smith said. The United Faculty of Florida-UF, the faculty union at the university, has filed grievances over the school’s decision to have mostly in-person classes.

The University of Alabama, which has about 40,000 students, plans to increase the number of students attending classes in-person in the spring, allowing only those with medical accommodations to participate remotely.

The school also said it will only test students living on campus for the spring semester, rather than testing all incoming students as it did in the fall.

Mikayla Wyatt, a senior at the University of Alabama, said the downsizing of entry testing and increase of people on campus makes her nervous about what the spring will look like on campus, particularly because cases were increasing towards the end of the fall semester.

“Some of my classes, it’s pretty much required to go on to campus at least one day out of the week,” Wyatt said. “It’s really not much of a choice.”

Wyatt noted that the university had been offering students and faculty accommodations for remote learning if necessary, but “it’s definitely not easy to opt out of doing in-person classes.”

The University of Michigan is one of a few colleges that are taking stricter measures in the spring. In November, the school announced that it wouldallow fewer students to live on campus and will offer more remote classes.

Swift, the University of Michigan student, said the university reduced the capacity of dorms, which primarily housed freshmen who flooded the off-campus housing market once they lost their accommodation in the spring.

“They did everything with the assumption that students would go back [home],” Swift said. “Now they have even less control over that group of students.”

Swift also said she was concerned that the vaccine rollout, which will probably prioritize vulnerable staff and students, will give students a false sense of security even when the majority of campus has not been inoculated. “It’s the perfect storm for an outbreak next semester,” she said. 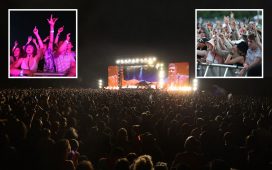 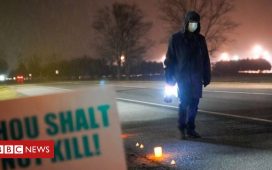