The US Army has formally received the first of its new Infantry Squad Vehicles (ISVs).

Based on the 2020 Chevy Colorado ZR2, the ISV can transport up to nine soldiers to and from the battlefield quickly.

GM Defense handed the keys to Army officials in a ceremony at the company’s proving ground in Milford, Michigan, just four months after winning the contract.

The war vehicle is light and flexible enough to be dropped from a C-130J Super Hercules, ride inside a CH-47 Chinook or strapped underneath a Blackhawk helicopter.

But in order to be that light, the Infantry Squad Vehicle sacrificed having any armor, leaving soldiers vulnerable to enemy fire and other elements. 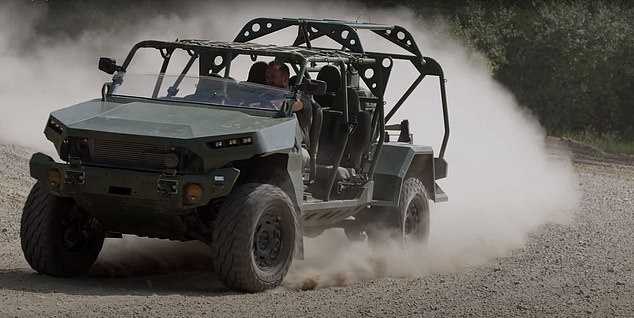 Based on the 2020 Chevy Colorado ZR2, GM Military’s new Infantry Squad Vehicle is designed to be dropped from an aircraft or housed inside a Chinook helicopter.

It is expected to purchase more than 2,000 ISVs in all.

David Albritton, president of GM Defense, credited his ‘very, very talented team’ for turning the order around so quickly, as well as the use of mostly commercial parts.

‘One hundred and twenty days from contract award to delivery is a significant milestone,’ Albritton said in a statement. ‘We’re leveraging General Motors’ engineering prowess and immense manufacturing capabilities to bring transformative solutions to the military vehicle market.’

He added that the success of the ISV highlights GM’s ‘unique right to win in the military mobility market.’

GM Defense handed the keys to Army officials in a ceremony Tuesday, just four months after winning the contract. ‘One hundred and twenty days from contract award to delivery is a significant milestone,’ said David Albritton, president of GM Defense

However, the light and flexible design comes with a price.

‘This tradeoff leaves troops completely exposed to all forms of enemy fire, including small arms, improvised explosive devices, rockets, missiles, and artillery,’ writes Popular Mechanics‘ Kyle Mizokami. ‘The ISV, which doesn’t have a roof, can’t even protect soldiers from the rain.’ 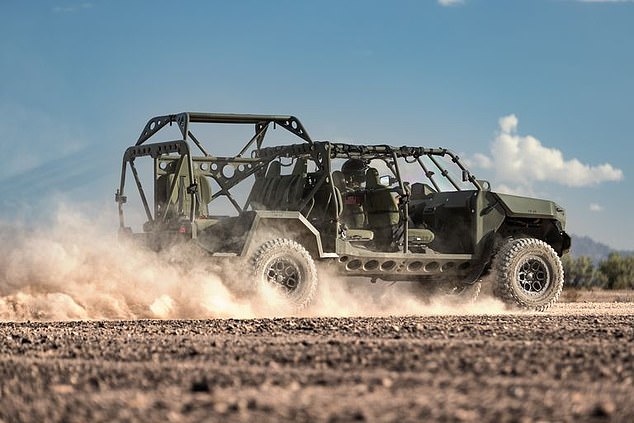 In order to be lightweight, the Infantry Squad Vehicle doesn’t have any armor, a tradeoff that ‘leaves troops completely exposed to all forms of enemy fire’

The expectation is the ISV would quickly shuttle Rangers, and members of the Army’s airborne, light infantry and other units through low-risk areas, then have them walk the rest of the way.

Infantry troops typically get around on foot and can be exhausted by the time they reach their target. 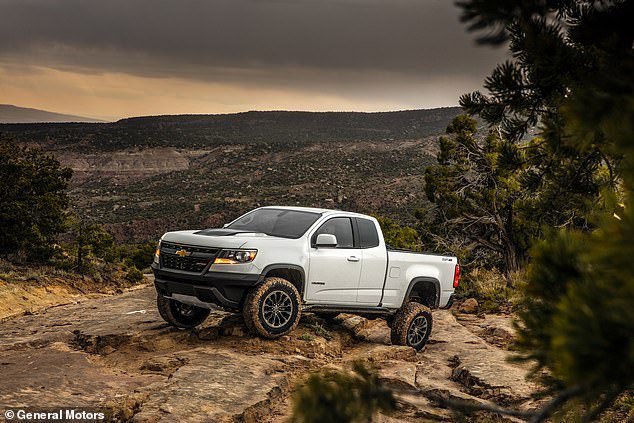 Testing on their deployability from the air will continue in 2021.

The first two dozen will be built at the Milford, but larger-scale manufacturing will be moved to a plant in Concord, North Carolina.

Eventually 11 infantry brigade units will be outfitted with 59 vehicles each.