The U.S. Army will examine whether Chinese social media platform TikTok is a security threat and ban its cadets from using the app while in uniform.

On Thursday, Army Secretary Ryan McCarthy said the Army’s investigation will fully assess the ties between TiKTok and the Chinese government, particularly in regard to its policy with data sharing.

The inquiry is being launched in response to a letter sent by Senate Minority Leader Chuck Schumer. 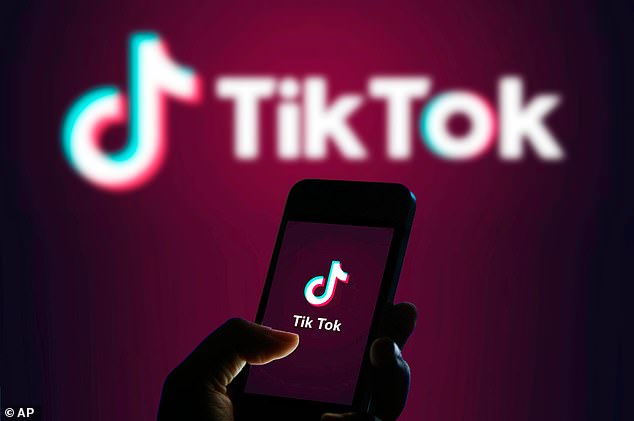 In the interim, Army cadets will no longer be able to use the app while in uniform according to a report from Task&Purpose.

An Army official told the outlet on Thursday via email that the directorate to stop using TikTok while in uniform has not been made official but has been made apparent to members internally.

This isn’t the first case of US officials calling for inquiries into TikTok.

A letter addressed to the US National Security Director from Schumer and Senator Tom Cotton, a Republican, called on intelligence officials to assess the potential risks posed by TikTok last month.

‘With over 110 million downloads in the U.S. alone, TikTok is a potential counterintelligence threat we cannot ignore,’ wrote the senators in their letter.

‘Given these concerns, we ask that the Intelligence Community conduct an assessment of the national security risks posed by TikTok and other China-based content platforms operating in the U.S.’

Among the concerns are both the growing influence of TikTok, owned by Chinese tech company ByteDance, and its adherence to an agenda set by the Chinese government.

Skeptics say the app could be actively exporting information on users in the US to the Chinese government.

‘Without an independent judiciary to review requests made by the Chinese government for data or other actions, there is no legal mechanism for Chinese companies to appeal if they disagree with a request.’ 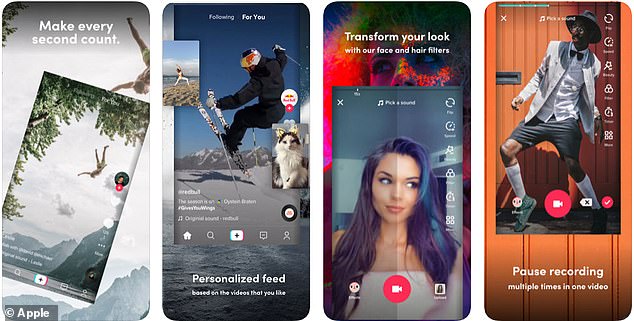 TikTok has had real impacts on cultural trends in the years since its launch. For example, ‘Old Town Road,’ formerly the number one song in the world, picked up steam on TikTok

According to American Professor David Carrol, who took on the big data company, Cambridge Analytica after they illegally used the data of 80 million Facebook users to help elect US President Donald Trump, TikTok could be next incarnation of the ground-breaking scandal.

In an interview with Quartz in May, Carrol pointed to TikTok’s questionable practices in regard to harvesting users’ data, saying it could be a potential flashpoint for lawmakers.

‘If lawmakers on Capitol Hill knew that their children’s TikTok data may have been flowing right into China, I bet they’d worry about it as much as I do,’ he said.

In the US, similarly influential Chinese companies have already started to hit guardrails imposed by skeptical lawmakers, including smartphone giant Huawei.

The company has been accused of spying on users in the US and abroad at the behest of the Chinese government.

The wireless infrastructure and phone manufacturer was blacklisted this year amid an increasingly heated trade war between the US and China. That conflict has continually alluded resolution.

TikTok is a Chinese social media app where users can live stream, create short videos and music videos and Gifs with a host of functions.

TikTok is known in China as Douyin where it was launched in 2016 and then made more widely available around the world in 2017.

Douyin is still the version of the app used in China, available to download separately to TikTok.

Most children use the app to film themselves lip-syncing to chart hits.

The Beijing based social network has more than 500 million active users and the company is now worth more than $75 billion (£58 billion).

Music festivals near open water could 'cause fish stress'

Dominic Cummings authorises £100m to suck CO2 out of the sky

Is coronavirus really in retreat in the UK?

What kind of face mask gives the best protection against Covid-19?

Today’s good news: they found a new prehistoric wombat! Can’t have too many | First Dog on the Moon