They spoke to the News Agency of Nigeria (NAN) as voting got underway in a presidential race pitting President Donald Trump against former Vice President Joe Biden.

The Trump administration has cut the inflow of foreigners using visa restrictions through executive orders.

In February, he added Nigeria to the list of countries on migrant visa restrictions, citing national security concerns.

Biden, on the other hand, seeks to expand opportunities for legal immigration, including family and work-based visas as well as access to humanitarian visa programmes, among others.

Mr Olayinka Dan-Salami, Chairman of the Organisation of the Advancement of Nigerians (OAN), said the choice was obvious for him: Biden.

“A president who doesn’t like immigrants, who just want to send everybody back home is not a president we should be voting for.

“Trump is waging an immigration war against Nigerians that is borne of out of  jealousy of the accomplishments of Nigerians in this country,” Dan-Salami said.

He also criticised Trump for downplaying the coronavirus pandemic, which has claimed no fewer than 230,000 lives in the U.S.

A Pakistani immigrant, Mr Nasir Raza, said although he liked Trump’s performance on the economy, he voted for Biden’s liberal stance on immigration.

Mr Basil Njoku, a leader of the Nigerian community in New York, decried Trump’s “poor handling” of the COVID-19 pandemic, which he said would make the election difficult for him.

Njoku, who disclosed that he lost seven members of his community to the virus, wondered why the president politicises wearing of masks.

“If I wear the mask, I protect you; you protect me. It’s a question of civility; it is something that is honourable to do.

“But when it is politicised, and the people see it as a human rights issue, but they forget that other people’s rights start where theirs begin,” Nkoju said.

Mr Ugo Nwaokoro, former Deputy Mayor of Newark, New Jersey, said he voted for the candidate that would properly handle the pandemic and foster good relationship between U.S. and Africa.

“I cannot tell you whom I voted for, but I can categorically tell you I did not vote for Trump”, Nwaokoro, a Democrat, said.

Mr George Onuorah, a community development advocate and philanthropist, said political and economic stability and immigration were the key issues for him.

”Being an immigrant from Africa, I am also looking to see that those of us here who have relatives that are willing to come to this country legally are not denied the opportunity to do so,” he said.

Onuorah said he was also looking forward to a stronger diplomatic and economic ties between Nigeria and the United States under whoever wins the election.

A Trump supporter, Maria Estavez, 60, defended the president’s immigration policy and his handling of the pandemic.

“No sane President would allow illegal aliens into his country to perpetrate crime, that is what Trump stands for,” Estevez said.

She also argued that Trump did what any other president would do to control the virus.

Another supporter, a Nigerian, who asked not to be named for fear of political victimisation, endorsed Trump’s tough stance on law and order 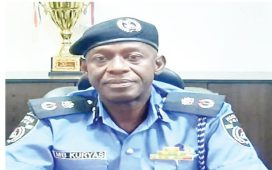 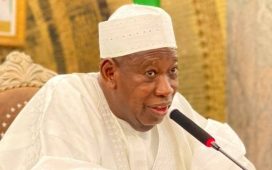 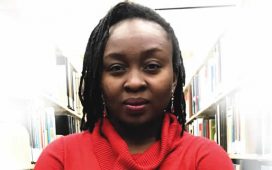 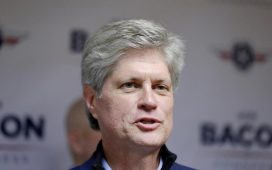