Non-fatal strangulation is a “domestic terror tactic” that urgently requires a change to the law, according to the victims’ commissioner for England and Wales.

A push to make non-fatal strangulation a criminal offence is being led by the former victims’ commissioner Baroness Newlove, who is campaigning for the change via an amendment to the domestic abuse bill as it returns to the Lords on Tuesday.

Dame Vera Baird QC, the current victims’ commissioner, said the crime was undercharged, and a new law was needed to give police a tool to tackle the “magnitude of the threat”.

“Non-fatal strangulation is the ultimate domestic terrorist tactic,” she said. “The data shows us that this is urgent, it’s very dangerous, very prevalent and, currently, it is often ignored.”

The government has said it has no plans to change the law and that non-fatal strangulation can be charged under existing legislation.

In a statement, the Ministry of Justice said: “Non-fatal strangulation is a serious crime which is already covered by existing laws such as common assault and attempted murder.”

But Baird said common assault minimised the seriousness of the crime, while strangulation was often used as a means of control and intimidation, rather than as an attempt at murder.

“It’s not about intending to kill, it’s about terrorising into submission,” she said. “This is a crime which has massive consequences, and is a hugely powerful weapon, but has no place in the current criminal lexicon.”

An inquest into the death of Anne-Marie Nield, who died during a sustained assault by her partner, found he had strangled her on previous occasions. Two and a half years after her death the Coroner expressed concerns there was still no reference to non-fatal strangulation in the police force’s domestic abuse policy and a lack of understanding of the issue among officers.

A research project led by Dr Catherine White, the clinical director of St Mary’s Sexual Assault Referral Centre in Manchester, says non-fatal strangulation is a “gendered crime, with nearly all the patients female and the alleged perpetrators male”. Strangulation or suffocation was the second most common method of killing in female homicides, accounting for 29% of adult women according to the 2018 Femicide Census, compared with 3% of male homicides, according to ONS figures.

Nogah Ofer, a lawyer with the Centre for Women’s Justice, which has campaigned for a new offence, said non-fatal strangulation was commonly used in domestic abuse cases.

“Domestic abuse support workers on the ground tell us strangulation is undercharged,” she said. “Although it’s a really terrifying and serious form of violence, there is often not a physical mark, or just a red mark – so police officers routinely treat it as common assault – the equivalent to a slap,” she said.

She added that studies indicate that while experience of strangulation is between 3% and 10% in the adult population, it rises to 50-68% for victims of recurring abuse. Two studies of intimate partner violence and sexual assaults found that strangulation was involved in 20% and 23% of cases.

Newlove tweeted: “The #DABill comes to the floor of @UKHouseofLords my amendments MUST be added to such bil. More needs to be added for children of this horrific abusive cycle! Until the system fully understands impact violence this bill will not protect those in the hands of the perpetrators.” 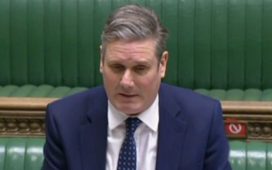