University contradicts government and tells students to stay away until February


University College London (UCL) has told its students there is no need to return to campus until at least late February – directly contradicting government advice.

It comes amid chaos in the education sector on the first day schools were supposed to return after the Christmas holidays.

The Government is currently advising that universities stagger the return to campus and that all students should be back by the end of January. However, new restrictions are widely expected in a major announcement by the Prime Minister at 8pm tonight.

UCL’s move comes as all primary and secondary schools were closed in the capital on what would have been the first day of term – even as other primary schools around the country opened for one day, ahead of Boris Johnson’s address, which is expected to close schools.

UCL – part of the University of London – said in a statement published on Saturday: ‘Our current and most realistic assessment is that it is unlikely that case rates will have reduced sufficiently to allow students to return to campus before at least mid-February, and quite possibly the end of March.

‘We will therefore be moving all teaching and other face-to-face, in-person activities online from the start of term until the end of reading week.

‘There will be no in-person teaching on campus until Monday 22 February, at the earliest.’

MP arrested for travelling to Parliament when she had coronavirus


The statement, from Provost Professor Michael Arthur and incoming Provost Dr Michael Spence, went on: ‘We are aware that this is later than the government is advising but we believe this is the most responsible course of action in this complex situation.’

Metro.co.uk has contacted UCL’s student union and the Department for Education for comment.


MORE : Schools ‘to be closed’ as England faces another full lockdown

READ  Should children be allowed time off school to strike?
Share on FacebookShare on TwitterShare on PinterestShare on Reddit
newscabalJanuary 4, 2021

After Covid, will digital learning be the new normal?

Dear Gavin Williamson, could you tell parents what a fronted adverbial is? | Michael Rosen

'Annoy your librarian': how to study without library access at university 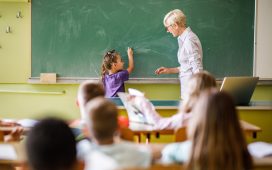