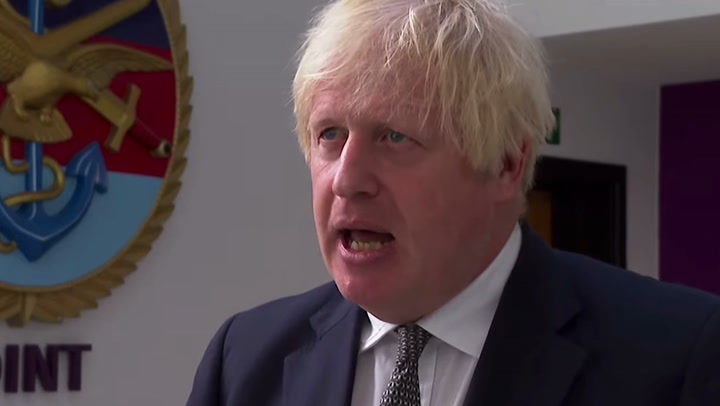 But the Mirror understands the amendment has now not been called by Speaker Lindsay Hoyle – meaning there can be no vote.

Even if the amendment had passed – no mean feat, as Sir Iain would have had to find more than 40 rebels – Mr Johnson could have refused to stop the UC cut. He has already ignored another non-binding vote called by Labour last week, which passed easily because he told Tory MPs to abtain.

The amendment is also backed by Damian Green, chairman of the ‘One Nation’ group of Tory moderates

It was tacked onto the Social Security (Up-Rating of Benefits) Bill, which despite its name is not directly related to the Universal Credit cut.

The Bill is the legal mechanism for cancelling the triple lock on pensions next year. Sir Iain’s amendment would reject the Bill, on the basis that the £4.5bn it saves is not being ploughed into Universal Credit.

Keeping the £20-a-week uplift, put in place last April, would cost about £5bn a year.

If the vote were to have passed, the Bill would fall and the government would have to find another route for it – though the Universal Credit cut would not automatically be reversed.

It comes as pressure mounts from Boris Johnson’s natural allies to cancel the cut.

The former minister told i News she was “deeply uncomfortable” adding: “It is happening at a time where other things are increasing such as energy bills and food bills and everything else. So personally I think it should stay.”

Tory peer Philippa Stroud, who was Sir Iain’s Special Advisor when he designed the benefit, warned the cut next month will have “immediate knock on effects in terms of poverty”.

The Legatum Institute, of which she is chief executive, estimated the change will hit 290,000 children, 520,000 working-age adults and 30,000 pensioners who are currently just above the poverty line.

Think tank Legatum has links to the Prime Minister himself. It was at a Legatum Institute event in 2017 that Mr Johnson made infamous comments about “bodies” in Libya.

Tomorrow’s vote marks a remarkable turnaround in the five years since Sir Iain – a former welfare slasher – quit as Work and Pensions Secretary over cuts to disability benefits.

The former Tory leader has since repeatedly made the case for making Universal Credit more generous, saying then-Chancellor George Osborne took billions out of it after it was designed.

He said last year he would like to see a four-week wait for the first payment, not five. He added: “I resigned over the fact that the government withdrew money at the time we were trying to roll it out, which was a big mistake.

“Now the government has sought to put most of that money back – there’s still some more to go.”

A Government spokesperson said: “As announced by the Chancellor at the Budget , the uplift to Universal Credit was always temporary.