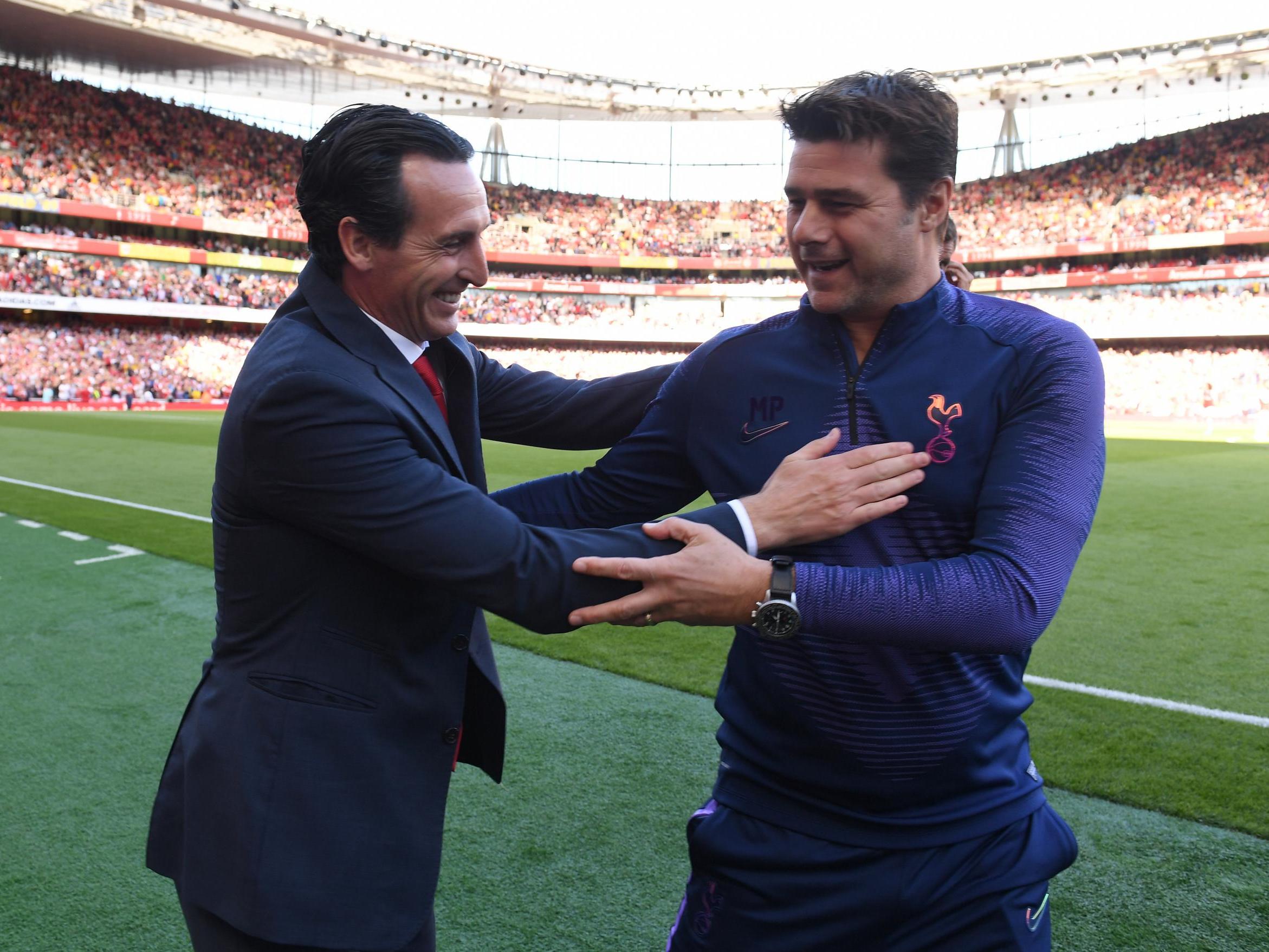 “Being on the market at the moment would be good,” Jurgen Klopp joked as he surveyed the managerial flux around Europe, which has seen prime vacancies become available.

One agent aptly described the situation as a “spin cycle” and the latest to be drained of his responsibilities was Unai Emery, with Arsenal announcing on Friday morning “the decision has been taken due to results and performances not being at the level required.”

The Independent understands that Ralf Rangnick, who was one of Arsenal’s preferred candidates to succeed Arsene Wenger, could be considered again. While there has not been direct contact yet, his camp have been alerted to interest in the man whom Thomas Tuchel and Julian Nagelsmann have credited as an influence on them.

The 48-year-old joins Mauricio Pochettino, replaced by Jose Mourinho at Tottenham, out of north London despite both men being losing European finalists six months ago.

Just 10 days separated their sackings and the league is primed for more with both Marco Silva and Manuel Pellegrini on the brink.

“I understand all the rumours even if I don’t know all of them,” the Everton manager said ahead of Sunday’s daunting trip to second-placed Leicester. “I don’t have reasons to not be confident in my work.”

David Moyes and Mark Hughes have both been linked with the Goodison Park job, but he remains defiant.

Over at West Ham, Pellegrini is understood to have two games – challenges at Chelsea and Wolves – to arrest a seven-game winless run in the league and has said this is the moment he has to trust in himself and his work “more than ever.”

It will have not escaped Manchester United that the two big English clubs who have opted for a refresh sandwich them in the league table.

Ole Gunnar Solskjaer’s long-term vision continues to be backed privately and publicly, but as one source at an agency that is active during this sacking cycle says “clubs are scared to death of being left behind.

There is too much money and too much at stake to not act quickly enough these days. People were criticising [Tottenham chairman Daniel] Levy for letting Pochettino go and bringing in Mourinho so quickly, but he will look at what’s happening around Europe and feel pleased that he reacted fast to get a good solution.”

Over in the Bundesliga, Bayern Munich axed Niko Kovac earlier this month, with caretaker coach Hansi Flick at the helm “at least until Christmas, and potentially beyond.” Their sporting director, Hasan Salihamidzic, has been advocating for Pochettino while Ajax’s Erik ten Hag and Paris Saint-Germain boss Thomas Tuchel are options in the summer.

Borussia Dortmund, too, have discussed the possibility of making an approach for the Argentine with Lucien Favre on the ropes at the Westfalenstadion.

In La Liga, Zinedine Zidane’s position is not entirely secure at the Bernabeu, while Ernesto Valverde is continuously questioned at Barcelona.

“The situation in the international coaching market is intense,” Klopp said at Melwood when asked about the spate of changes at the top of the game.

The 52-year-old does not like when one of his colleagues becomes a casualty, but understands “it’s how the football world is. It’s our life.”

Chelsea manager Frank Lampard echoed those sentiments: “We’re used to a few surprises, especially in the last few weeks. It’s not nice. I know the job, I work hard here and everyone wants to be successful. You have a work ethic and an idea, and it doesn’t always go the way you want it, and clubs then make a decision. We’re all in that category.”

Brendan Rodgers, thriving at Leicester and naturally linked with the Arsenal vacancy, summed up the unforgiving pattern perfectly. ‘If you are doing okay, people want to take you away from something you enjoy. If you’re not, it doesn’t matter.”

Klopp knows that even a manager of his stock – Champions League winner and sitting atop the top-flight standings – is not forever safe from being dismissed. “So far I didn’t experience that, but it doesn’t mean it will never happen,” he said, acknowledging that a club’s hierarchy also have a difficult balance to strike.

“I think they all have their reasons for making a decision – like Tottenham did, like Bayern did, like Arsenal did,” Klopp said. “It’s not that I agree with all of that, but I accepted it long ago that things happen like this. If Liverpool’s owners are not happy with what I’m doing, what’s the solution? ‘Can you change, Jurgen? Can you do this? Can you do that?’. I could try, but it wouldn’t be easy. It has to all fit together and then everything is fine.

“I don’t think the clubs completely lost patience or whatever. I don’t think the owners around the world are thinking ‘you lost today, tomorrow you’re out.’ It’s kind of a development that happens and then they have to make a decision. In football management at this level, these guys will all come back and will have great jobs and great clubs again.”

Klopp rightly pointed out that it is at the lower end of the pyramid – “the sacking of a League One, League Two manager, that is more concerning” – where really bites as there are no big compensation fees and opportunities are limited to return to the game quickly.

He also hit on another truth: “The problem is never the sack, it’s the period before it happens which makes it really uncomfortable for everybody.”

‘Tis the season for a few more awkward situations in the managerial world.