The UN security council will hold emergency talks behind closed doors on the ethnic Armenian region of Nagorny Karabakh, where fighting continued overnight on Monday.

The meeting will be held at 5:00pm (2100 GMT) on Tuesday. Belgium formally requested the session, after France and Germany had led a push for it to be placed on the agenda.

As early as Sunday, Estonia – a non-permanent council member – emphasised the need for such talks about the outbreak of deadly violence in the separatist region.

Britain also joined the European push for the talks, said diplomats, who added that a joint declaration could be issued at its conclusion – either by the entire council or its European members if a full consensus cannot be reached.

Armenian and Azerbaijani forces fought over the separatist region of Nagorno-Karabakh for a second day Monday, with both sides blaming each other for resuming the attacks that reportedly killed and wounded dozens as the decades-old conflict has reignited.

Heavy fighting had broken out Sunday in the region that lies within Azerbaijan but has been under the control of ethnic Armenian forces backed by the Yerevan government since 1994 at the end of a separatist war.

Azerbaijani military officials also told the Interfax news agency that over 550 Armenian troops have been destroyed, including those wounded, a claim that Armenia denied.

The clashes have taken place in the middle of the annual UN general assembly and raised fears of a war between the two former Soviet republics.

At least 95 people have been killed in the most recent fighting, including 11 civilians, according to the latest available tallies. 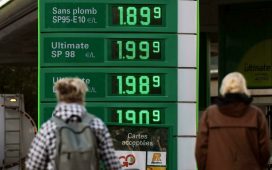 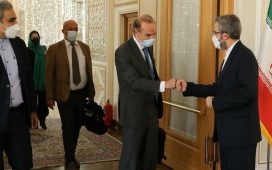